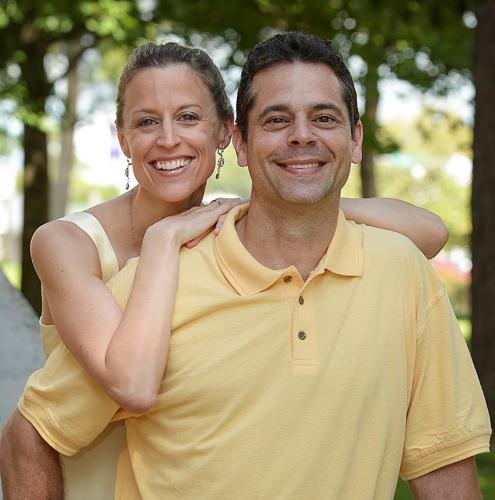 SFA music faculty members Christina Guenther and Ron Petti will present the recital “Poems and Dragons” at 6 p.m. Tuesday, Oct. 2, in Cole Concert Hall on the university campus as a feature of the Friends of Music Concert Series.


NACOGDOCHES, Texas – Christina Guenther and Ron Petti, faculty members in the Stephen F. Austin State University School of Music, will present the recital “Poems and Dragons” at 6 p.m. Tuesday, Oct. 2, in Cole Concert Hall on the SFA campus as a feature of the SFA Friends of Music Concert Series.

Guenther, professor of flute, and Petti, professor and director of accompanying at SFA, will present a program of music by Charles Griffes, Jennifer Higdon, Eric Ewazen and Howard Buss – all American composers.

Griffes’ “Poem,” composed in 1918, is a one-movement flute concerto (to be accompanied by piano) that suggests Claude Debussy’s “Prelude to the Afternoon of a Faun” as a reference point, according to Guenther. The initial ascending rumble (in the piano) sets the scene for the flute and generates most of the piece’s melodic material, according to notes about the piece by Matthew Mugmon.

Flutist Jan Vinci co-commissioned Higdon’s “Flute Poetic” with Pola Baytelman, her colleague and Distinguished Artist-in-Residence at Skidmore College, in celebration of Skidmore’s new Arthur Zankel Music Center. In the throws of composing her first opera, Higdon, a Pulitzer Prize-winning composer, agreed to write an original first movement and an arrangement of two movements from her “String Poetic” for violin and piano, according to program notes. The work is a technical masterpiece requiring virtuosity of both players.

Pianist-composer Ewazen wrote “Sonata No. 1 for Flute and Piano” as a gift for flutist Marya Martin, with whom he had collaborated over the years in premieres, performances and recordings. He designed the three movements in the tradition of the late 19th century instrumental sonatas. The work was premiered at the 2011 National Flute Association Convention in Charlotte, North Carolina, and features beautiful melodic lines as well as rhythmic drive.

Concluding the program, “Dragon Flight” by Buss is described as “a colorful and engaging work that evokes a fantasy world in which a dragon awakens and takes flight.” The audience will hear a dragon hissing and growling and the sound of soaring flight in the flute part, accompanied by a rhythmic and energetic ostinato in the piano, Guenther writes in the program notes.