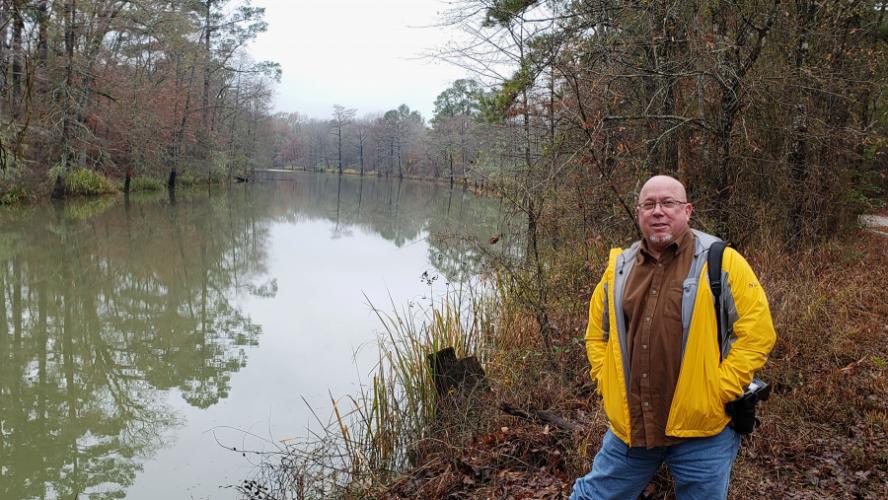 
NACOGDOCHES, Texas — Author Gary Pinkerton will be the guest speaker during a lunch-and-learn program hosted by Stephen F. Austin State University’s Stone Fort Museum, from noon to 1 p.m. Thursday, Oct. 24, in the Culinary Café, located in the Education Annex, Room 121, on the SFA campus.

During lunch, Pinkerton will discuss his newest book, “True Believers: Treasure Hunters at Hendricks Lake,” which chronicles the story of a 150-year-old Spanish silver legend and the people who believed in it enough to hunt for the treasure.

“There are several versions of the legend,” said Carolyn Spears, Stone Fort Museum curator, “but one of the most popular is the Santa Rosa, a Spanish ship, was plundered in Matagorda Bay in 1816 by a privateer named Jean Lafitte. He stole six wagon loads of silver and carried the treasure to Hendricks Lake, just south of the Sabine River in northeastern Rusk County, where he sunk the wagons to avoid approaching soldiers,” Spears said.

“True Believers: Treasure Hunters at Hendricks Lake” tells the story of the people from Texas, Louisiana, Iowa, Michigan, Mississippi, Wisconsin, Kentucky, California and as far away as England who came to the lake to drain, dredge, dig, dynamite and scan its murky waters to locate the silver.

Copies of Pinkerton’s book will be available for purchase at the lunch. Tickets to the lunch are $10 each and must be purchased in advance. The lunch will feature a Mediterranean menu, including kofta, a meatball dish, served with chickpeas and yogurt sauce; koshari, roasted chicken with pasta and lentils; and basbousa, a semolina cake with rose water and lemon.

Purchase tickets online at sfasu.edu/stonefort, or call the museum at (936) 468-2408 for more payment options.