Board of Regents approves faculty and staff appointments 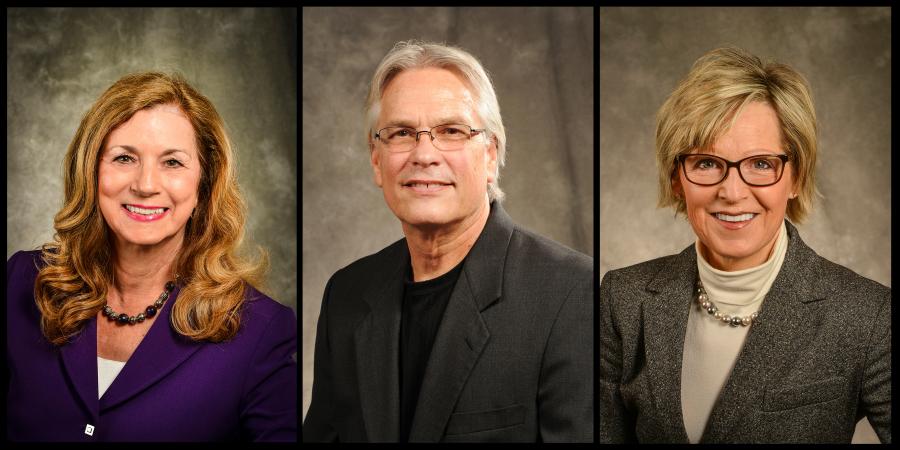 During her tenure, Brunson was appointed as campus academic leader of the newly formed Nacogdoches ISD and SFA Charter School in 1998 and was named assistant department chair of elementary education in 2000.

She served as associate provost and associate vice president of academic affairs from 2008 until her retirement in August 2018, and she also served as dean of the Graduate School from 2011 to 2015.

Embry-Jenlink joined SFA’s faculty in 1998 as an associate professor in the James I. Perkins College of Education and in 2003 was promoted to professor. Jenlink served as national president of the Association of Teacher Educators and led the SFA Faculty Senate as chair for two years. Her work with a national NASA education commission to study the future of STEM education will impact future generations of teachers and students.

King, who served as the director of choral activities at SFA until his retirement in 2017,  joined the SFA music faculty in 1983. He directed the A Cappella Choir through numerous tours of Europe and conducted the student ensemble during performances in such prestigious venues as St. Stephen’s Cathedral in Vienna, San Marco (St. Mark’s) Basilica and the Vatican.

He was named Regents Professor, the highest honor SFA bestows upon members of the faculty, for the 2014-15 academic year.

In the Rusche College of Business, regents approved changes of status for Robert McDermand, from associate director of athletic academic services to senior lecturer of management and marketing, and Keith New, from adjunct faculty to lecturer of business communication and legal studies.

Additional changes of status include:

Faculty development leave was granted to Piero Fenci for fall 2019 and Brook Poston for spring 2020.