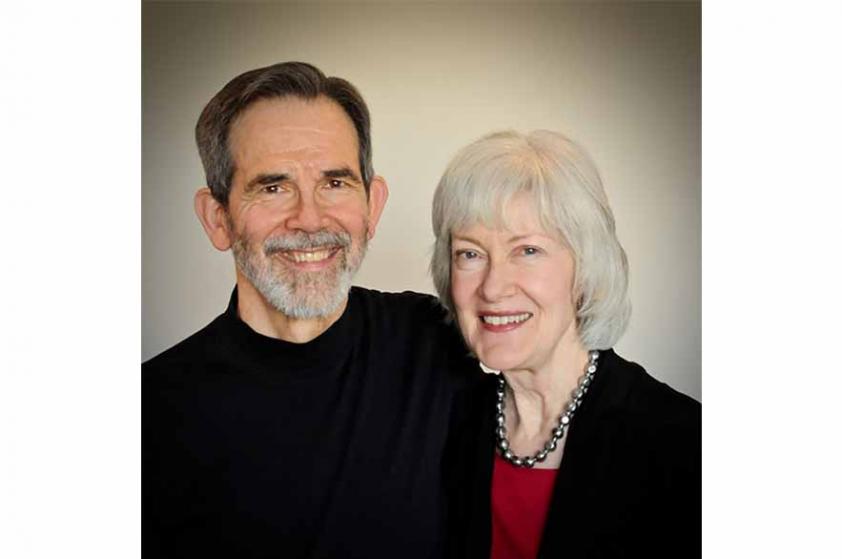 Michael Webster and Leone Buyse as the Buyse-Webster Duo will perform at 1 p.m. Saturday, March 2, in Cole Concert Hall on the SFA campus.


NACOGDOCHES, Texas – The Stephen F. Austin State University School of Music and the Friends of Music Concert Series will present the Buyse-Webster Duo performing in a flute and clarinet recital at 1 p.m. Saturday, March 2, in Cole Concert Hall on the SFA campus.

Buyse relinquished her position with the Boston Symphony Orchestra in 1993 to pursue a more active teaching and solo career after 22 years as an orchestral musician. She also served as assistant principal flutist of the San Francisco Symphony and played solo piccolo and second flute with the Rochester Philharmonic Orchestra. She can be heard as solo flutist on numerous recordings of the Boston Symphony, Boston Pops and the San Francisco Symphony for the Philips, Deutsche Grammophon, RCA Victor, and Sony Classical labels.

Webster has collaborated with the Chamber Music Society of Lincoln Center, the Tokyo, Cleveland, Muir, Ying, Leontóvych, Dover, and Chester String Quartets and artists such as Yo Yo Ma and Joshua Bell, among many others. He has performed in all of New York City’s major halls, across the United States, and in Canada, Mexico, Central and South America, Europe, Japan, Australia and New Zealand. He has been associated with many of North America’s finest festivals and performed with the Philadelphia Orchestra with Aaron Copland and the Boston Pops with John Williams.

Buyse and Webster have presented clinics and master classes across the United States and internationally. While on campus, they will present master classes for flute and clarinet students, and they will conduct an intonation clinic with the SFA Symphonic Band.