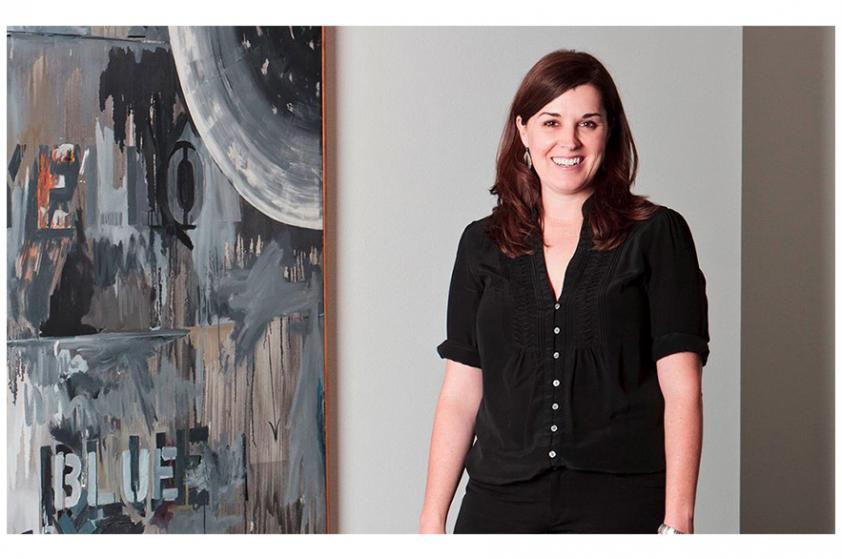 
NACOGDOCHES, Texas – Michelle White, senior curator at the Menil Collection in Houston, will serve as juror for the 25th Texas National, Stephen F. Austin State University’s acclaimed art competition and exhibition, which opens April 13 and runs through June 9 in The Cole Art Center @ The Old Opera House in downtown Nacogdoches.

Texas National features an assortment of art, including photography, painting, sculpture and mixed media, according to John Handley, director of SFA galleries. This year’s exhibition includes 50 pieces of art from across the nation. Among the pieces are works by four current or former students in the SFA School of Art, including works by Sarah Jentsch, Santiago Escobido, Mason Cullen and Sara Gray.

The School of Art’s annual juried competition and exhibition attracts entrants from across the United States, providing artists an opportunity to have their work juried by highly acclaimed curators and critics, such as White, Handley said.

“Each year for our Texas National Competition and Exhibition, we seek to engage a well-respected individual from the arts to act as the juror for this national exhibition,” Handley said. “Michelle White is a curator at one of the nation’s most respected institutions.”

White will give a gallery talk at 5 p.m. Saturday, April 13, at the art center, followed by the announcement of this year’s Texas National winners during the exhibitions’ opening reception, which begins at 6 p.m.

The exhibition and reception are sponsored in part by the SFA Friends of the Visual Arts, The Flower Shop, William Arscott and corporate sponsor R&K Distributors, Inc. Also assisting with the reception are SFA hospitality students led by Dr. Gina Causin.

As senior curator at the Menil Collection, White has organized the exhibitions “Mona Hatoum: Terra Infirma,” “Barnett Newman: the Late Work,” “Lessons from Below: Otabenga Jones and Associates,” “Imaginary Spaces,” “Leaps into the Void: Documents of Nouveau Realist Performance,” “Between Land and Sea: Artists of the Coenties Slip” and “Vija Celmins: Television and Disaster, 1964-1966.”

She was the co-curator of the first retrospective of the drawings of Richard Serra at the Metropolitan Museum of Art and the San Francisco Museum of Modern Art. She organized the retrospective drawing exhibition of works on paper by Lee Bontecou for the Menil and the Princeton University Art Museum and “Cy Twombly: Treatise on the Veil” at the Morgan Library & Museum. She has worked with Claes Oldenburg on a publication and exhibition of the "Strange Eggs," organized commissions with Dario Robleto, Leslie Hewitt and Bradford Young, and she is currently working on a drawing exhibition with Roni Horn.

Formally regional editor of the quarterly journal Art Lies, White has contributed her writing to various art journals, including Art Papers, Flash Art, Modern Painters, Master Drawing and Gulf Coast Literary Journal, and she has written essays for exhibition catalogues published by the Fondation Beyeler, The Des Moines Art Center, The Print Center and the University of Texas Press.

She received her B.A. at the University of California, San Diego, and her M.A. in art history from Tufts University. She has held positions at the Fogg Museum at Harvard University and the Museum of Fine Arts, Houston The Cole Art Center is located at 329 E. Main St. For more information, call (936) 468-1131.