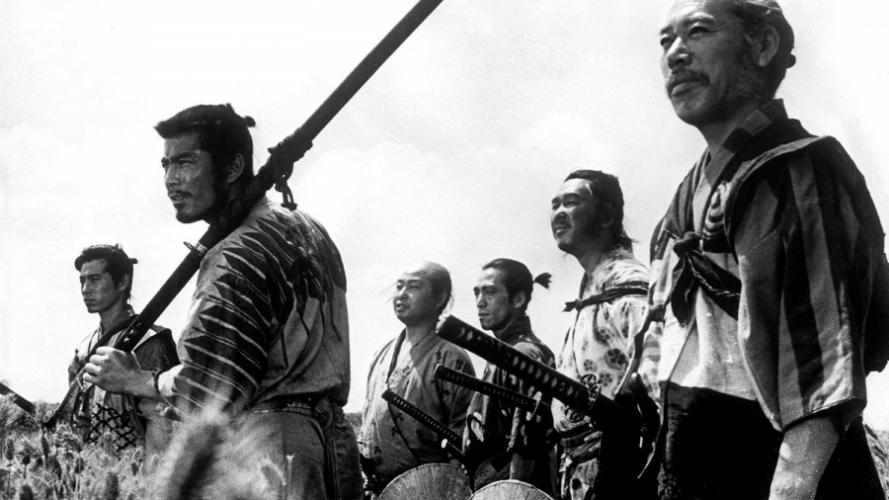 A free, one-night screening of the Oscar-nominated film is at 7 p.m. Friday, Oct. 11, at Cole Art Center. Refreshments will be provided.

The story takes place in 1586 during the Sengoku period of Japanese history. According to the film description at imdb.com, a veteran samurai, who has fallen on hard times, answers a village's request for protection from bandits. He gathers six other samurai to help him. They teach the townspeople how to defend themselves, and they supply the samurai with three small meals a day. The film culminates in a giant battle when 40 bandits attack the village.

The NEA Big Read is a program of the National Endowment for the Arts in partnership with Arts Midwest. This program seeks to broaden understanding of the world and its communities, and of oneself, through the joy of sharing a good book. This screening of “Seven Samurai” is just one of many events the Nacogdoches Public Library has planned during October as part of the Big Read initiative.

“I want to thank Cole Art Center for once again being involved with our city-wide program this year,” said Crystal Hicks, assistant director of the library. “We're so glad to have such a wonderfully engaged and supportive community.”

Following the screening, there will be time for discussion of the film and the NEA Big Read novel, “Into the Beautiful North,” by Luis Alberto Urrea. The novel is set in Mexico and follows the adventures of Nayeli and her friends as they travel north across the border into the U.S. The trip is inspired by the film, “The Magnificent Seven,” which is based on “Seven Samurai.”

The Big Read activities will take place in October and will culminate with the annual Dia de los Muertos Fiesta on Nov. 2. The Nacogdoches Public Library is one of 78 nonprofit organizations to receive an NEA Big Read grant to host community reading programs between September 2019 and June 2020. For more information about the Big Read initiative, contact Hicks at (936) 559-2970.