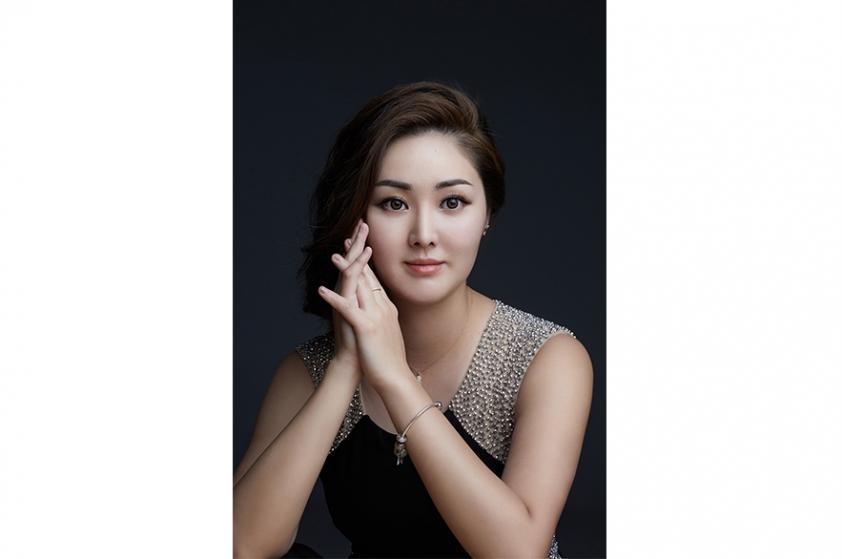 Filled with “lots of pictures and imagination,” the program features music from various periods and styles, from Baroque to Romantic, impressionism to nationalism, according to Jin.

“All of the pieces are related to paintings, poetic sources and the imagination,” she said.

The recital opens with works by Johann Sebastian Bach and Robert Schumann. Bach’s “Sheep My Safely Graze” is a soprano aria written in 1713 as part of his cantata Was mir behagt, ist nur die muntre Jagd, BWV 208, also known as the “Hunting Cantata,” with text by Saloman Franck.

“The cantata's title translates ‘The lively hunt is all my heart's desire,’” Jin explained.

The other Bach piece, "Jesu, Joy of Man's Desiring," is frequently played at weddings.

Schumann’s Arabeske Op.18 is also on the program. The term “Arabeske” is used here as a poetic metaphor, Jin explained.

French composer Maurice Ravel’s “Miroirs,” French for “Mirrors,” has five movements, each dedicated to a fellow member of the avant-garde artist group Les Apaches. "Noctuelles," or "Moths," is described as a chromatic work, maintaining a dark, nocturnal mood throughout. "Oiseaux tristes," or "Sad Birds," represents a lone bird whistling a sad tune, after which others join in. "Une barque sur l'océan," or "A Boat on the Ocean," recounts a boat as it sails upon the waves of the ocean, with arpeggiated sections and sweeping melodies imitating the flow of ocean currents. "Alborada del gracioso," or "The Jester's Morning Song," incorporates Spanish musical themes into its complicated melodies. "La vallée des cloches," or "The Valley of Bells," elicits the sounds of bells through its use of sonorous harmonies.

The program closes with two selections from Goyescas Op. 11, a piano suite written in 1911 by Spanish composer Enrique Granados.

“This piano suite is usually considered Granados's crowning creation and was inspired by the paintings of Francisco Goya,” Jin said. “Quejas, ó la maja y el ruiseñor,” or “The Maiden and the Nightingale,” is the best-known piece from the suite, and “El pelele,” or “The Puppet,” is a fast, technically difficult piece.

Jin is a D.M.A. candidate at the University of Cincinnati College-Conservatory of Music, and she is the assistant conductor of the Maryland Lyric Opera. She is an active concert pianist, chamber musician and orchestral soloist and is a member of the Sassmannshaus Piano Trio. She has performed across the U.S. and Asia.