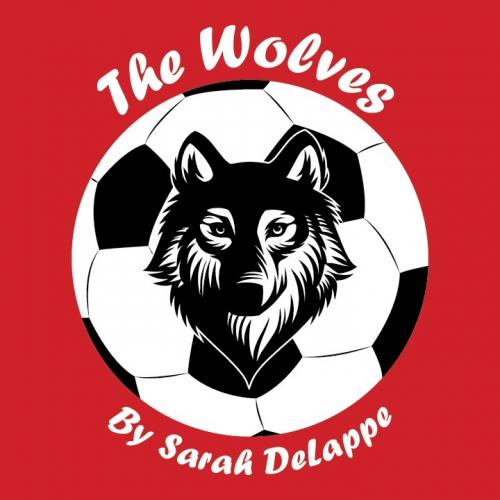 A finalist for the 2017 Pulitzer Prize for Drama, “The Wolves” will be presented by the Stephen F. Austin State University's School of Theatre Tuesday through Saturday, Oct. 1 through 5, at 7:30 each night.


NACOGDOCHES, Texas – Audiences who watch Sarah DeLappe’s “The Wolves” come to life on W.M. Turner Auditorium stage on the Stephen F. Austin State University campus in October will likely be reminded of some of the challenges they encountered trying to navigate the adolescent angst of high school years.

A finalist for the 2017 Pulitzer Prize for Drama, “The Wolves” will be presented by the SFA School of Theatre Tuesday through Saturday, Oct. 1 through 5, at 7:30 each night. Directed by Professor Rick Jones, this coming-of-age play follows the daily routines and conversations of nine girls on a soccer team who deal with big problems and tiny battles in a portrait of life, liberty and the pursuit of happiness for kids who just want to score some goals.

Jones said one of the reasons he selected the play to include in this year’s Mainstage Series is because it contains “excellent roles for women.”

“I knew a lot of universities across the country were doing this play,” he said. “We ended up picking this play over others on my list because of the response of two students – both women – who were on the selection committee.

“Literally every young woman I’ve talked to is excited about the play,” he added. “It seemed to me when I read the script that the characters in the play and their conversations were pretty accurate representations of real people – of real high school girls. But, I’ve never been a girl, and it’s been a very long time since high school. The women in the show have been there, and not that long ago. The play speaks to them, and I am confident that it will speak to others, as well.”

Nine of the 10 characters are players in an elite indoor soccer league for high school girls; the remaining character is the mother of one of the players.

“We watch them form bonds, struggle with adolescence, exult in winning, and cope with losing … and some of the losses are permanent,” Jones said. “The play is about determination and endurance; whatever happens, these girls are going to face challenges together, and they’ll ultimately triumph, regardless of what the scoreboard might say.”

The play has something for everyone, but it will especially resonate with young women, Jones said. There is some potentially offensive language, and the characters discuss what most high school girls in the 21st century discuss:  current events, sexual harassment, abortion, coping with menstruation. “So if that kind of thing bothers you, you might sit this one out,” he said. “But the play tells the truth, and that’s always a good thing.”

Jones said the play is “sometimes harrowing, but uplifting.”

“It’s all about figuring out what really matters,” he said, “and a little introspection in those terms could probably help us all.”