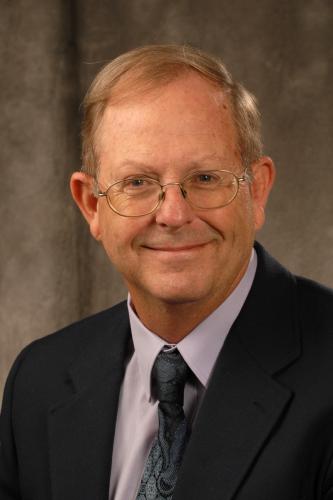 “Dr. Creech has spent the better part of the past 30 years including native plants in his classroom material at SFA, encouraging nursery professionals to include native plants and counseling landscape professionals to do the same,” said Kim Conrow, president-elect of the state board of the Native Plant Society of Texas.

Creech joined SFA as an assistant professor of horticulture in 1978 and was instrumental in the development of the Pineywoods Native Plant Center, SFA’s Mast Arboretum and the Ruby and Gayla Mize Azalea Gardens, as well as Jimmy Hinds Park. Creech’s dedication to the horticulture profession has been recognized through numerous other awards, including Honorary Membership Award for Lifetime Achievement through the Texas Nursery and Landscape Association and the Sidney Meadows Award for Distinguished Achievement from the Southern Region of the International Plant Propagator’s Society.

“This is really an award for all of SFA,” Creech said. “Our work with native plants at SFA Gardens goes back to the 1980s with our original focus on three endangered species — the Neches river rose mallow, Texas trailing phlox and Texas white firewheel. These three are still precariously hanging on in the wild but are quite secure in garden collections across the South due much in part to our work at SFA.”

In addition to Creech’s focus on the growth and sustainability of SFA’s 60 acres of campus gardens, he also is invested in a number of research initiatives, including the evaluation of new woody ornamental plants for the landscape industry, viability of kiwifruit production in East Texas, and salt and hurricane-tolerant plant materials for the Gulf Coast.

“Dr. Creech is the consummate professional plantsman. His internationally recognized leadership in the conservation of native plant species is a significant complement to our teaching, research and outreach on the sustainable management of our natural resources,” said Dr. Hans Williams, dean of SFA’s Arthur Temple College of Forestry and Agriculture.

The award is named in honor of Dr. Charles Leonard Weddle, an internationally recognized plant hybridizer and plant breeder. His interests included the development of native plants and wildflowers for seed production and growth throughout the world.