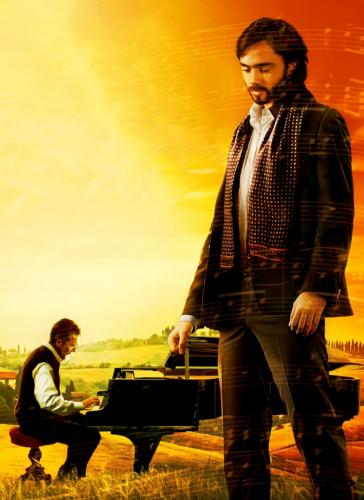 The Golden Globe-nominated “The Music of Silence” will be screened at 7 p.m. Friday, Dec. 6, in The Cole Art Center.


NACOGDOCHES, Texas – The Stephen F. Austin State University School of Art and the Friends of the Visual Arts will present a free, one-night screening of the documentary “The Music of Silence” at 7 p.m. Friday, Dec. 6, in The Cole Art Center @ The Old Opera House in downtown Nacogdoches.

Directed by Michael Radford, “The Music of Silence” is based on the life of Italian opera tenor Andrea Bocelli, who was born with an eye condition that eventually leads to blindness. The film, starring Antonio Banderas and Toby Sebastian, chronicles Bocelli’s life from his childhood to becoming one of the world’s most renowned opera singers. The film is based on the novel of the same name written by Bocelli and Anna Pavignano.