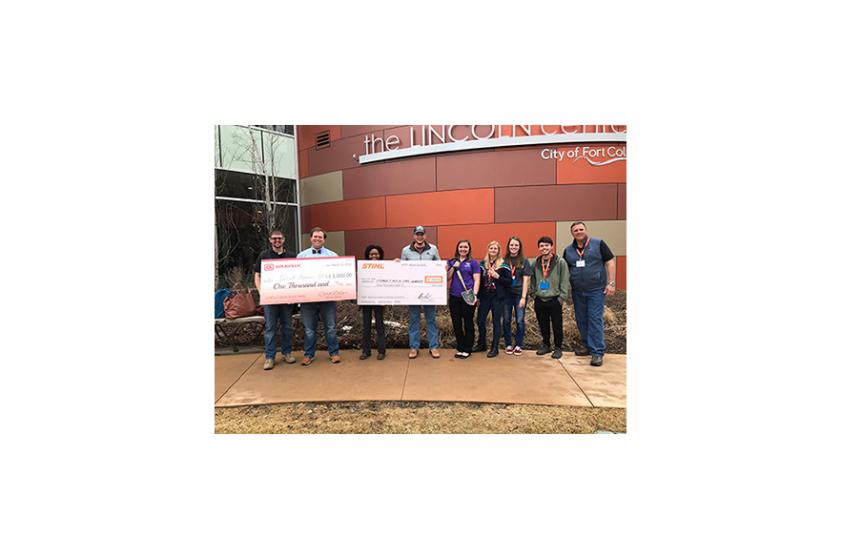 “I posted 153 photos to Instagram in three days,” Cunningham said. “The point was to promote the event, support other teams and raise awareness of the competition.”

Dr. Jared Barnes, assistant professor of horticulture and faculty advisor for the team, won the faculty social media competition for his coverage of the event and also received $1,000.

“When you have a student and faculty member who win a social media competition, I think it shows that we also are teaching the concept that you have to share what you do and what you love,” Barnes said. “I think that is something we as an industry haven’t done enough.”

Junior horticulture major Jevon Richeson placed in the top 25 among 90 competitors in the interior plant identification competition and said that his work growing plants with the SFA horticulture program provided him with valuable experience.

“Every student competed with the best intentions,” Barnes said. “They were enthusiastic and really put their best foot forward in competing at a national level.”

More than 800 students from 60 universities across the U.S. and Canada attended the three-day event that hosts nearly 30 different competitions, as well as a career fair and student workshops.

While the event focuses on the horticulture, landscaping and tree care industries, Barnes said there are numerous other opportunities for students who have other skills related to business, sales and heavy equipment operation.

For more information on this event, as well as the SFA Landscape Competition Team, contact Dr. Jared Bares at barnesj@sfasu.edu.