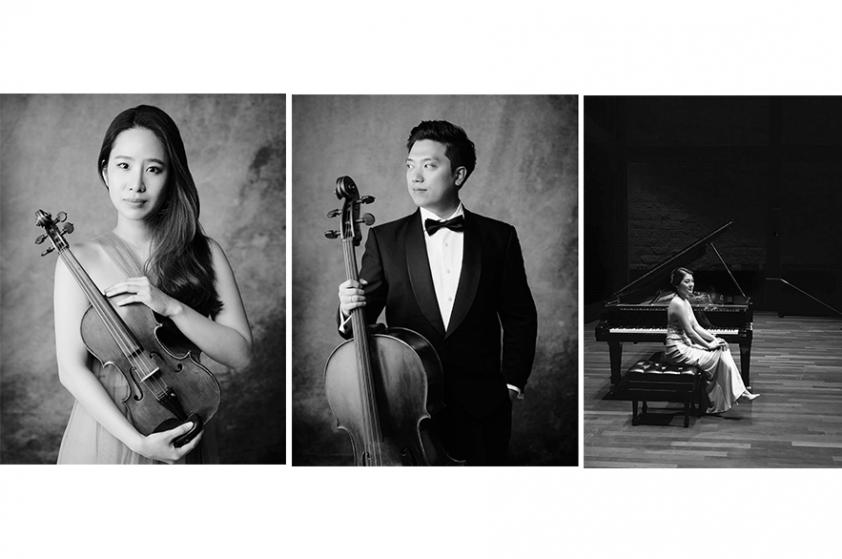 Among the works featured on the program are Piano Trio in G major by Claude Debussy; “Café Music” by Paul Schoenfield; and Trio in G minor, Op. 15 by Bedřich Smetana.

A native of Seoul, South Korea, Bae earned a bachelor’s degree from Seoul National University and a master’s degree from the University of Cincinnati College-Conservatory of Music. She has been invited as a ‘rising star’ to the Music Alp Festival in France and has participated in the Spoleto Festival USA, Pacific Music Festival, Aspen Music Festival and Great Mountains Music Festival. She has played with the Kentucky Symphony and Cincinnati Symphony and is currently associate concertmaster of Plano Symphony. She occasionally plays with the Irving Symphony and the Fort Worth Symphony. She will join the Dallas Opera in its 2019 season.

Oh made her orchestral debut with the Southern Illinois Symphony Orchestra at Shryock Hall in 2009. She has participated in numerous festivals, including the Art of Piano at the College Conservatory of Music, summer piano camp at Southern Illinois University Carbondale, and the 2010 International Keyboard Institute & Festival. She is currently pursuing her Doctor of Musical Arts degree at the Cincinnati College-Conservatory of Music.