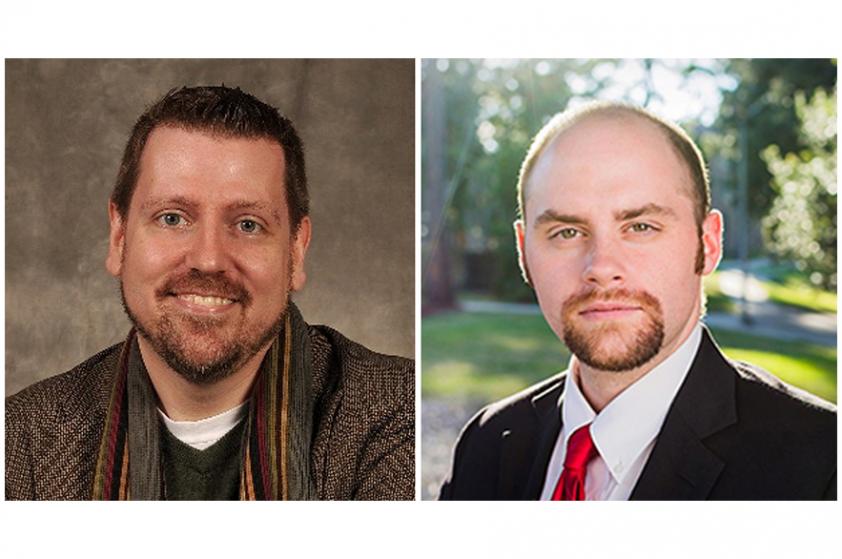 Turner is assistant professor of voice at SFA, and Leonberger is a former SFA music faculty member who is now on the voice faculty at McNeese State University in Lake Charles, Louisiana. Dr. Ron Petti, director of collaborative piano at SFA, will accompany.

“The Schumann songs will be selections from his song cycle ‘Liederkreis’ based on the poems of one his favorite poets – Joseph Eichendorff,” Turner said. “Schumann credited his wife Clara for his inspiration, as he did for many of his song compositions, and said of these particular songs that they were his ‘most Romantic music ever.’ The theme is basically nature and seasons. It’s a staple of German repertoire.”

Songs performed include the first five of the cycle – “In der Fremde,” “Intermezzo,” “Waldesgespräch,” “Die Stille,” and “Mondnacht.”

“Fauré is considered to be one of the greatest, mélodie composers of all time,” Turner said. “The songs to be performed are all by the poet Paul-Armand Silvestre, who is considered one of the Parnassian poets who composed between the late romantic poets and the symbolists. They strove for exactitude and ‘faultless workmanship’ and wanted a certain level of emotional detachment to allow the ‘art,’ or song in this case, to speak for itself without undue influence.”

The Quilter songs on the program are among his most popular, Turner said.

“Quilter was known for his beautiful melodies and rich harmonies, making him a favorite song composer among singers in English repertoire,” he said. “He was a major influence on other composers as well.” English composer Peter Warlock is quoted as saying “if it were not for the songs of Roger Quilter, there would have been no Peter Warlock.”

“Probably his most famous song, which has also been arranged for choir and is often performed in its own right, is his ‘Go, Lovely Rose’ from the poet Edmund Waller,” Turner said. “It has been called one of his ‘song masterpieces’ and shows his ‘fluid gift of melody.’”