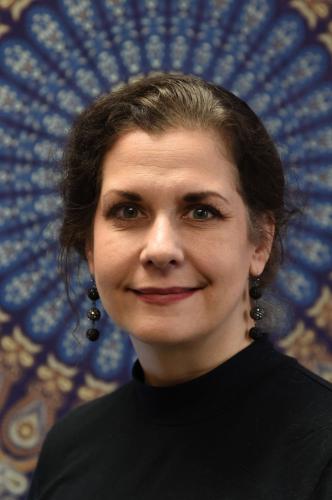 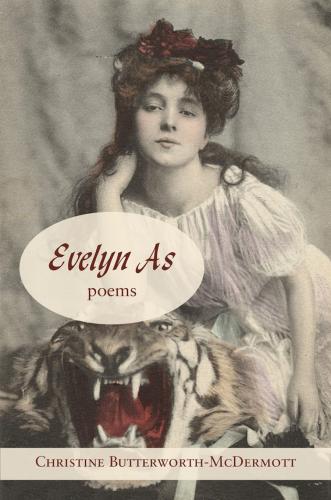 The poems detail the early life of chorus girl Evelyn Nesbit, who had a traumatic and abusive relationship as a teen with famous architect Stanford White. This relationship led her husband, Pittsburgh millionaire Harry Kendall Thaw, to murder White. The murder resulted in the first “trial of the century.”

“As a university professor, I was disturbed, nearly daily, by how often assault or sexism came up as a commonality that girls just out of their teens were experiencing. I had also experienced that, but my own experience was not something I wanted to delve into artistically, so ‘Evelyn As’ became a way to discuss all those current events important to me,” said Butterworth-McDermott. “Meaning that, as much as I wrote about Evelyn Nesbit, I wrote about the ‘Evelyn’ sitting in my classroom or across a table at lunch or in the mirror.”

Through these poems, Butterworth-McDermott wants readers to gain both empathy and sympathy for Nesbit and others experiencing traumatic relationships.

“I hope people see that it speaks to concerns we still have about how women are treated, how women are seen, and how we still force costumes and roles upon them. Evelyn’s story took place 115 years ago, but much of what happened to her still resonates,” said Butterworth-McDermott.

“Evelyn As” is available at The Bosslight in Nacogdoches, Amazon and Barnes and Noble.