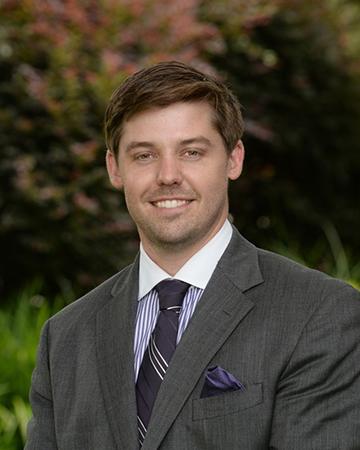 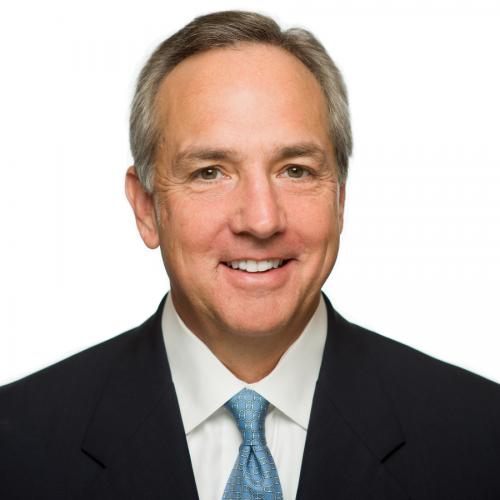 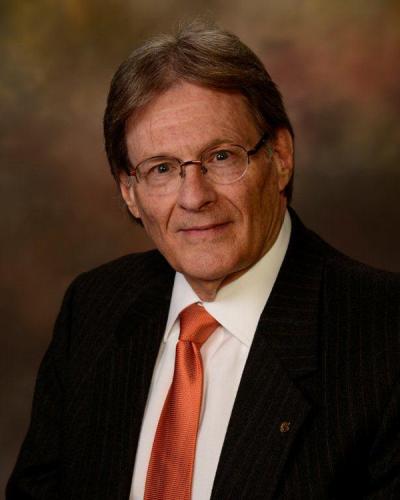 The SFA Alumni Awards honor individuals who have made outstanding contributions to their professions and the community and who advance the goals and values of SFA.

Steve Whitbeck ’75 has supported the purple and white since his time as a student. He served as the Lumberjack mascot in 1972 and also as a cheerleader for two years, backing the Lumberjacks and Ladyjacks during athletic competitions, while also serving in this capacity as an ambassador for the university at various other university-related events. While pursuing his Bachelor of Business Administration, he became a charter member of the Nu-Xi Chapter of Tau Kappa Epsilon fraternity.

As an insurance provider in Nacogdoches, Whitbeck has continued his support of SFA and the Nacogdoches community. This support includes his service as co-chair of the Texas Blueberry Festival, 13-year membership with the Nacogdoches Jaycees, honorary life member of the Nacogdoches County Chamber of Commerce and three terms on the SFA Alumni Association’s Board of Directors. Whitbeck also endowed a scholarship for future generations of Lumberjacks.

Whitbeck and his wife, Dr. Katherine Whitbeck, a two-time SFA graduate, have many family members who also have graduated from the university, including their two children, Samantha and Kendall.

Cole Tomberlain ’10 enrolled at SFA in 2007 with a desire to get involved and volunteer. While a student, Tomberlain was a member of the SFA chapters of Ducks Unlimited and National Wild Turkey Federation. He also was involved with the Student Activities Association. In addition, Tomberlain was a student instructor for the freshman seminar SFA 101, executive director of the Student Foundation Association, and he served on the SFA Alumni Association Board of Directors as a student representative. He also cofounded and was a member of Sigma Alpha Epsilon, Texas Phi Chapter. Outside of SFA, he was a volunteer firefighter with the Appleby Volunteer Fire Department.

After graduating with a business degree, Tomberlain returned to Longview, his hometown, to join the family’s insurance and real estate business. He also is the co-owner of Texas Toasted Cigar Distributors and The Smoking Aces Mobile Cigar Lounge. Tomberlain is the founding chairman of the annual Bourbon & Bowties fundraiser event, which benefits the Longview World of Wonders Children’s Hands-on Discovery Center. He continues to give back to SFA through his service on the Alumni Business Advisory Council with the Nelson Rusche College of Business, and he is highly involved with the SFA East Texas Alumni Network Chapter in Longview. This chapter helps provide scholarships to current and future Lumberjacks through its annual golf tournament fundraiser.

Michael Calbert ’84 was born in San Angelo and raised in Tyler and Longview before coming to SFA by way of his older brother, Craig ’82. During his time at SFA, he was a member of Sigma Chi fraternity, which led to him meeting his wife, Barbara ’84. The Calberts have been married 33 years and have three sons, David, Mitchell and Ryan.

Calbert entered SFA as a music major. However, after taking an accounting class, he discovered his interest in public accounting and quickly changed his major to business with an emphasis in accounting. Calbert started his professional career working in the accounting department at Elliott Electric Supply during his time at SFA.

After graduating from the university, he accepted an auditor position with one of the “big five” accounting firms, Arthur Andersen Worldwide in Houston, and he later moved into the consulting practice. Calbert graduated from the University of Houston with a Master of Business Administration and holds a certified public accountant certificate (inactive).

During his career, Calbert served as the executive vice president/chief financial officer of Randall’s Food Markets, a $2.5-billion revenue retailer based in Texas.

Calbert recently retired after a 15-year career as a partner at private equity firm Kohlberg Kravis Roberts & Co. He ran the global retail private equity practice, generating more than $30 billion in transactions during his career. While at KKR, he served on the firm’s global private equity investment and portfolio management committees.

Calbert has been a member of the board of directors for Shoppers Drug Mart (Canada) and Toys ’R Us, and chairman of Academy Sports & Outdoors, Dollar General, Pets at Home (United Kingdom) and U.S. Foods.

He continues to serve as chairman of the board for Dollar General. He also serves as lead director for Brookshire Grocery Company and is on the board of directors of Vestcom International and AutoZone.

Educator and researcher Dr. John D. Weete ’65 & ’68 came to SFA and majored in biology. He was a cheerleader and member of the Pi Kappa Alpha fraternity, and as a graduate student, Weete served as the graduate class president and class favorite in 1967.

In 1970, Weete received his doctoral degree from the University of Houston and worked as a scientist at the Lunar Science Institute, which was affiliated with NASA’s Johnson Space Center during the Apollo program.

Weete began his academic career at Auburn University in 1973 in the Department of Botany and Microbiology. In recognition of his work, Weete received the Director’s Research Award, the William Howard Smith Faculty Fellowship Award and was named Alumni Professor. In 1983, he was one of only 36 scientists invited to participate in a conference at the prestigious Rockefeller Study and Conference Center in Bellagio, Italy.

Weete has been issued four U.S. patents and has authored more than 100 research articles and two books. He also served as associate dean for research and director of the Leach Science Center in the College of Sciences and Mathematics at Auburn University, where he is currently emeritus professor and associate dean.

In 2007, Weete returned to Auburn to serve as executive director of the Auburn Research and Technology Foundation. He was responsible for developing the Auburn Research Park and the Auburn Business Incubator. In 2016, he was inducted as a fellow by the prestigious National Academy of Inventors.

For more information about the Alumni Awards, contact the SFA Alumni Association at (936) 468-3407 or alumni@sfasu.edu.