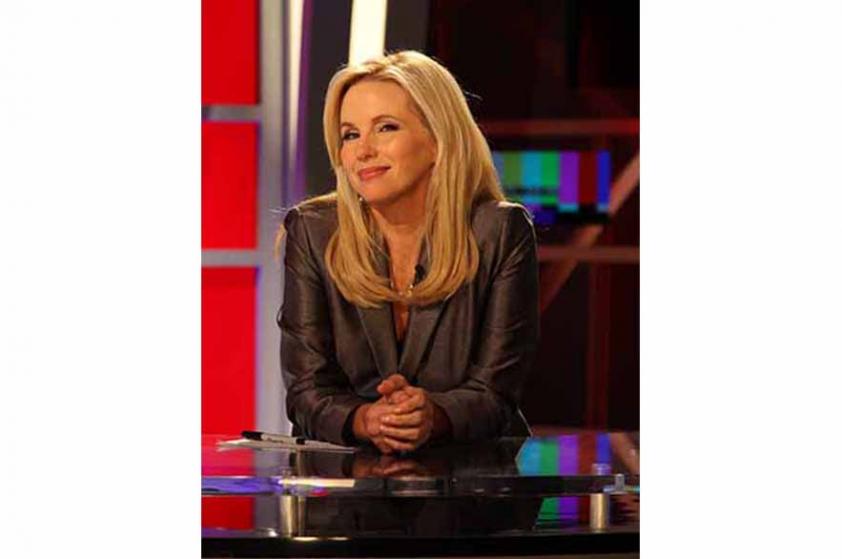 The Stephen F. Austin State University School of Honors and Department of Academic Affairs will host Emmy-nominated television anchor Suzanne Sena, as she discusses her journey from news to entertainment media during the Wisely Fellow Speaker Series at 7 p.m. Feb. 20 in the Baker Pattillo Student Center Twilight Ballroom. Sena’s discussion, “The Fox Effect: Historical to Hysterical,” will include stories from her time working on the Fox News Channel, “E! News,” the scripted comedy series “The Onion News Network,” and more.

Sena’s discussion, “The Fox Effect: Historical to Hysterical,” which will include stories from her time working on the Fox News Channel, “E! News,” the scripted comedy series “The Onion News Network,” and more, is part of the Wisely Fellow Speaker Series. The event will take place at 7 p.m. Feb. 20 in the Baker Pattillo Student Center Twilight Ballroom.

Jennifer Crenshaw, School of Honors senior program associate, said, “We're excited to have Suzanne come to SFA. We enjoy having different voices on campus that encourage students to think critically. I think her discussion will be interesting and engaging for everyone who attends.”

Dr. Tom Reynolds, lecturer in the Department of Languages, Cultures and Communication, and also the 2018-19 Honors Wisely Fellow, invited Sena to campus for the speaker series event.

“I've invited Suzanne to SFA to share her amazing and hilarious journey through the television jungle,” said Reynolds. “Everyone attending this presentation will learn how fact and fiction can blur together, and that satire and the topic being satirized are often hard to tell apart from one another.”

Sena began her national television career as an entertainment reporter on the E! Network, interviewing celebrities and reporting live from the red carpet at Hollywood award shows. She received an Emmy nomination hosting the network’s primetime series, “Celebrity Homes,” and created, hosted and produced the reality show “Out to Lunch.” Sena then transitioned into a news career, first as an anchor for a CBS affiliate, and eventually as a breaking news anchor for the Fox News Channel. Following her time at Fox, Sena portrayed Brooke Alvarez, the pompous news anchor in the comedic series, “The Onion News Network.”

In addition to her television career, Sena is the founder of Sena-Series Media Training and the author of “So You Wanna Be A Host!: The Definitive Guide to Careers in Hosting.”

Each year, the Wisely Fellow is selected to contribute to the student experience in the School of Honors throughout the fall semester and teach a course in the fellow’s area of expertise during the spring semester. The fellow is encouraged to curate programs, lectures or more that provide students opportunities to engage in undergraduate research.

“My experience as the Wisely Fellow has been the most rewarding of my academic career,” Reynolds said. “My students are thoroughly engaged in the course curriculum and show great enthusiasm for their assigned projects while learning to work and collaborate in a group.”

The Wisely Fellow Speaker Series is free and open to the public. For more information, contact Crenshaw at jmcrenshaw@sfasu.edu or (936) 468-2813.