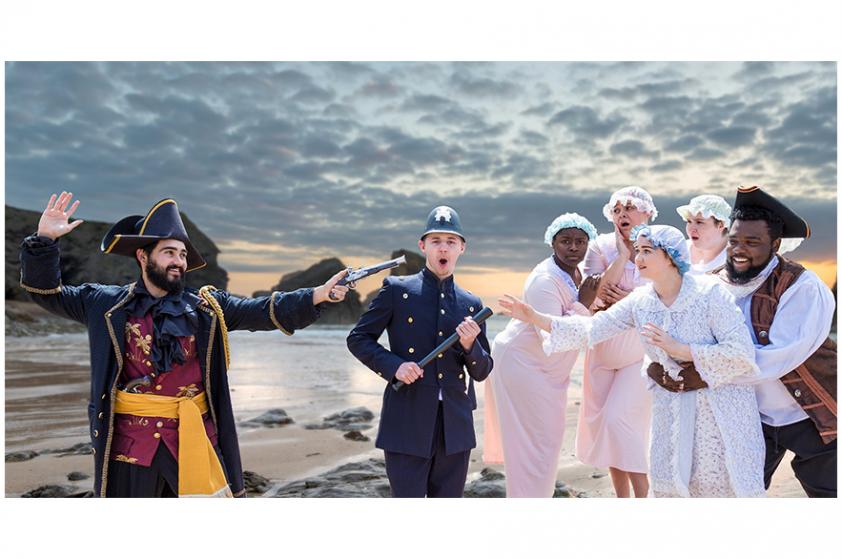 SFA School of Music to present Gilbert, Sullivan’s ‘The Pirates of Penzance’


NACOGDOCHES, Texas – A funny and entertaining musical tale for the entire family is this year’s opera selection to be presented by the Stephen F. Austin State University School of Music.

“The Pirates of Penzance” by W.S. Gilbert and Arthur Sullivan is “good, old-fashioned fun,” says Dr. Debbie Dalton, associate professor of music at SFA and the show’s stage director.

Although the opera is selected to fit the voices the School of Music has in each particular year, “The Pirates of Penzance” was chosen because it is “the most popular and beloved of all Gilbert and Sullivan operettas,” Dalton said.

“The music is beautiful and memorable,” Dalton said. “Audiences will recognize many of the tunes and say, ‘Oh, this is the show that song comes from!’”

Young Frederic has just finished his obligation as a pirate apprentice, Dalton said in describing the story. After 21 years at sea, he looks forward to new adventures on land. He meets and falls in love with Mabel, one of the many wards of Major-General Stanley, but, of course, there are many obstacles to overcome before they may marry.

“This is a School of Music production,” Dalton said, “but we hire advanced and capable student designers from the School of Theatre to build the sets, coordinate and build costumes, and design and run the lighting.”

Costume coordinator is Marshall graduate student Jessica Tinker-Akers, who has “single-handedly taken the measurements from head to toe of all 47 in the cast,” Dalton said.

“Some costumes are rented, but most are pulled from stock and altered, if needed, or Jessica builds them,” she added.

“I enjoy working with all of our wonderful students and watching them grow in confidence and ability in the rehearsal process,” Dalton said. “The real joy in this production is having so much fun watching the goofiness of the pirate crew and the policemen.

“The Pirates of Penzance” will be presented at 7:30 p.m. Thursday through Saturday, April 4 through 6, in W.M. Turner Auditorium, 2222 Alumni Drive, on the SFA campus.