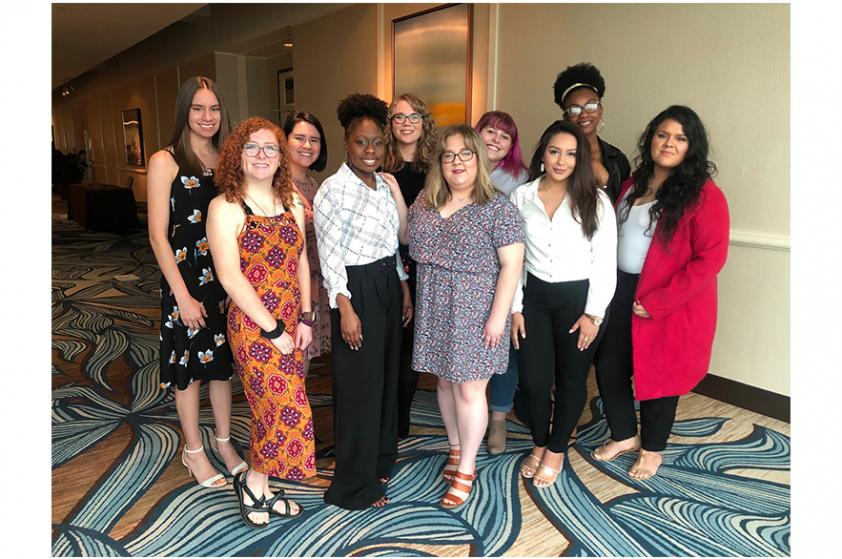 The Pine Log, SFA’s student newspaper, garnered eight accolades for content produced during the 2018 calendar year, including overall excellence newspaper, first place overall web design and first place special print design for the 2018 Welcome Edition, which was mailed to the homes of new students in August.

In the previously published contests, SFA students compete against their peers at institutions with similar enrollment and program size. Ten SFA students attended the conference and participated in on-site contests, competing head-to-head with journalism students from other TIPA member institutions, regardless of size.

“The TIPA convention and competition is an opportunity to showcase the work produced by our talented students throughout the year as they gain real-world experience contributing to our on-campus media outlets,” said Amy Roquemore, SFA director of student publications and divisional media and adjunct faculty member in the mass communication department. “These accolades are a testament to the skill and determination of SFA students preparing to enter the mass communication field, and it is a joy and privilege to work with them every day.”

Roquemore accompanied the students to the convention, along with Rachel Clark, SFA student publications coordinator and yearbook advisor.

Morton, a senior mass communication major from Trinidad, represented SFA at the conference for the second consecutive year. She said it was exciting to see SFA student media recognized as being among the best in the state of Texas.

“TIPA is such a refreshing experience for me every year, and I always look forward to sharing it with students who are attending for the first time,” Morton said. “You are among like-minded people who want the same things as you — to win and become a better publication.”

Established in 1909 at Baylor University, TIPA is the largest and oldest collegiate press association in the United States. Approximately 275 students representing 29 of TIPA’s 60-member institutions attended the 2019 conference.

The following is a complete listing of TIPA awards presented to SFA students at the conference: