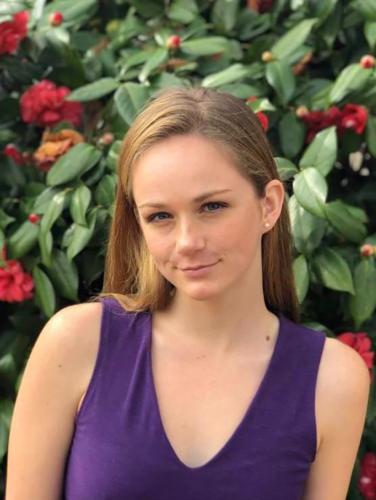 Surratt will perform "Se Romeo" from “I capuleti e i montecchi” by Vincenzo Bellini, "Must the Winter Come So Soon" from “Vanessa” by Samuel Barber, and Yum-yum's aria from “The Mikado” by W.S. Gilbert and Arthur Sullivan. The competition is from 4 to 6 p.m. Saturday, Oct. 19, in St. Mark’s Episcopal Church in Houston.

“I was excited upon hearing that I was one of the finalists for the scholarship competition,” Surratt said. “I performed in the chorus with the Houston Society the summer after graduating high school, and I am a previous recipient of their vocal scholarship. I am looking forward to seeing some familiar faces this coming weekend at the competition. The Gilbert and Sullivan Society of Houston has always been a welcoming and caring group of people.”

This past summer, Surratt attended the Houston Grand Opera's Young Artist Vocal Academy and sang the role of Agnese in Bellini's “Beatrice di Tenda” at the London Bel Canto Festival. While focusing on her voice studies at SFA, she has maintained a 4.0 grade point average. She plans to pursue a Master of Music in vocal performance after graduating in May.

The Gilbert & Sullivan Society, Houston's oldest opera company, has awarded more than $100,000 in scholarships since 1952. This year, finalists from nine universities in three states will compete for more than $5,000 in prize money. Audience members will also get to vote for their favorite for an additional $500 award. Judges for the event will be Conductor Viswa Subbaraman, Carleen Graham of Houston Grand Opera's HGOCo, and Jeffery Larson of L2 Artists from New York City.

The mission of the Gilbert & Sullivan Society of Houston is to preserve and promote the classic works of Sir William Gilbert and Sir Arthur Sullivan through the production of live musical theater. The organization seeks to entertain and educate the public on the relationship between modern culture and historical works by presenting high-quality performances, while maintaining a strong commitment to the community and fine arts by donating tickets to at-risk children's organizations and providing scholarships to vocal performance and technical theater students.

Tickets to the competition are $20 and will be available at the door. St. Mark’s Episcopal Church is located at 3816 Bellaire Blvd, Houston.