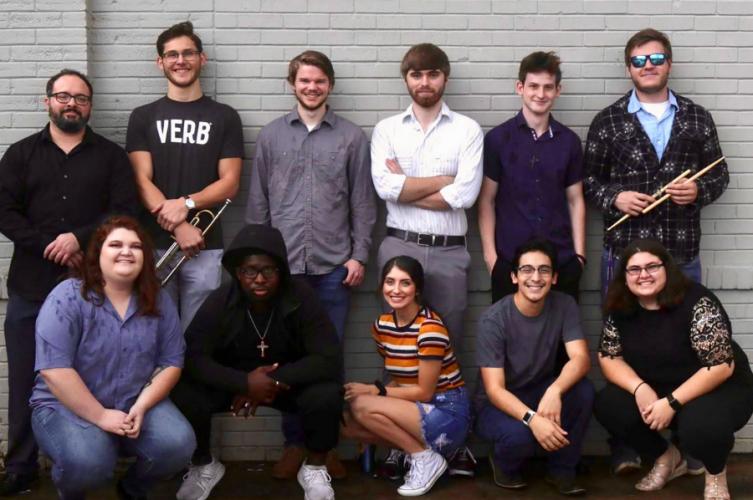 
NACOGDOCHES, Texas – The Contemporary Music Ensemble at Stephen F. Austin State University will present a concert, which will include using music technology as instruments, at 7:30 p.m. Wednesday, Nov. 13, in the Music Recital Hall of the Wright Music Building on the SFA campus.

Directed by Nick Lambson, a Sound Recording Technology faculty member in the SFA School of Music, the Contemporary Ensemble will perform the music of Frank Zappa, Daft Punk, Snarky Puppy, Moondog and more.

Lambson described Zappa, Daft Punk and Snarky Puppy as “artists that exist in more than one world.”

“Their music incorporates elements from multiple styles, and they manage to be both accessible and complex, familiar but interesting,” he said.

Students will perform music that utilizes laptops, iPads and synthesizers. Much of that music will be improvised, using technology as instruments, Lambson said.

“The musical genre minimalism will also be explored with a piece by Moondog, who was homeless in New York City at one time but ended up influencing major composers that followed, like Philip Glass and Steve Reich,” Lambson said.

Student interest in the first two SRT ensembles – Contemporary Ensemble and the Rockin’ Axes – has been so overwhelming that the School of Music expanded its offering, adding a third group this year –¬ the Commercial Music Ensemble.

“The Contemporary Music Ensemble will focus on more complex works, including electronic music and progressive musical styles,” Lambson said. “The students have been very excited about the new direction of this group and have been part of its development.”

Admission to the concert is free. For more information, call the SFA Fine Arts Box Office at (936) 468-6407 or visit www.finearts.sfasu.edu.