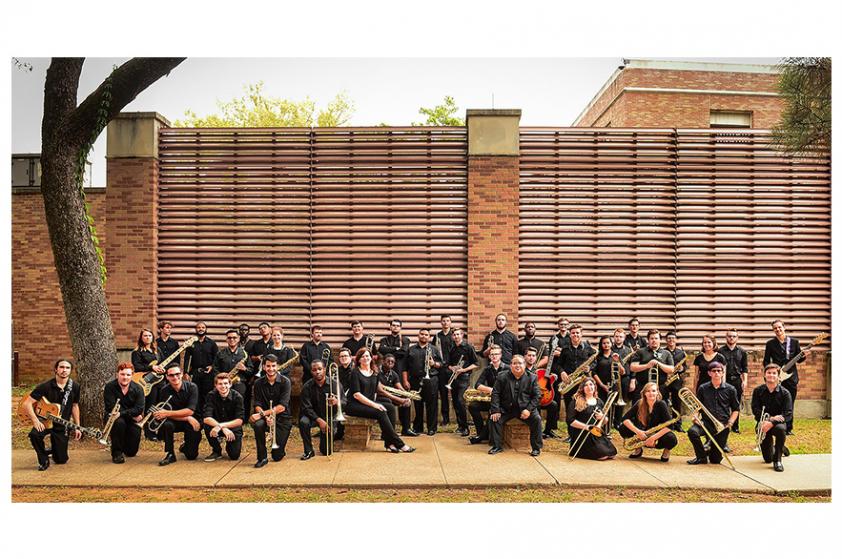 SFA’s Swingin’ Axes and Swingin’ Aces will perform at 7:30 p.m. Thursday, April 25, in Cole Concert Hall on the SFA campus.


NACOGDOCHES, Texas – The Swingin’ Axes and Swingin’ Aces jazz bands at Stephen F. Austin State University will present their final concert of the year at 7:30 p.m. Thursday, April 25, in Cole Concert Hall on the SFA campus.

The Swingin’ Axes, directed by Dr. Deb Scott, will showcase performances by some of its longtime players who will graduate at the end of the semester. Those include Winter Springs, Florida, senior Alec Bartlett on saxophone; Houston senior Dawson Dowdy on piano; Purcellville, Virginia, graduate student Luke Vacca on trombone; along with Weatherford graduate assistant Max Muciño on trumpet.

The Axes will perform two original compositions by Maria Schneider – “Bird Count” and “Arbiters of Evolution.” Also on the program is the Sammy Nestico arrangement of “Day In, Day Out” by Rube Bloom and Johnny Mercer.

The Swingin’ Aces, directed by Dr. J.D. Salas, will perform “Two Seconds to Midnight” by Alan Baylock; “Flight of the Foo Birds” by Neal Hefti and recorded by Count Basie Orchestra; and “Kingfish” by Bill Holman and recorded by The Stan Kenton Orchestra.

The Aces will also feature a brand-new arrangement by Sammy Nestico of Johnny Mercer's “Tangerine" from Nestico’s recent album “A Portrait of Sammy.”