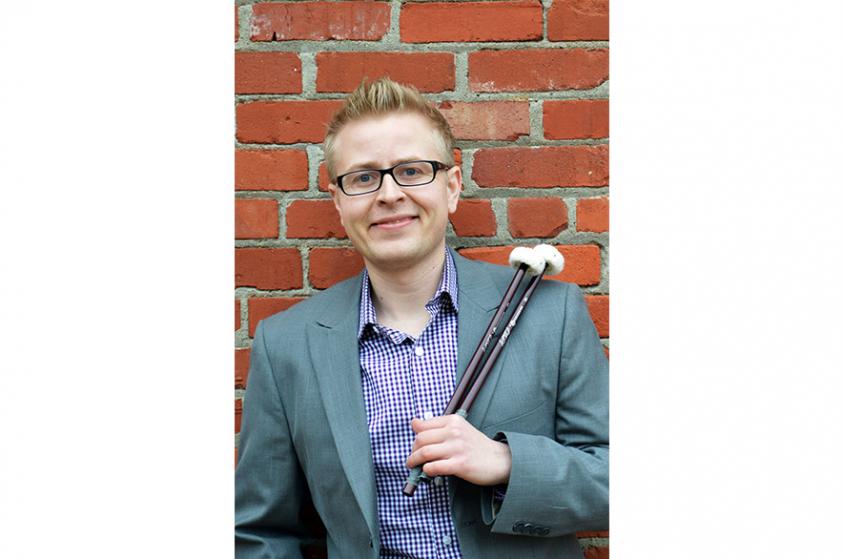 
NACOGDOCHES, Texas – The Stephen F. Austin State University School of Music and its Friends of Music Concert Series will present William M. Shaltis in a solo timpani recital at 7:30 p.m. Wednesday, Jan. 30, in Cole Concert Hall on the SFA campus.

Shaltis is assistant professor of percussion at the Rudi E. Scheidt School of Music, University of Memphis, and principal timpanist of the New Hampshire Music Festival Orchestra.

His program at SFA will feature works by Andrew Beall, Jeffrey Peyton, Jarryd Elias and others.

“Promoting the solo timpani repertoire is important to me,” Shaltis said. “There are a great many pieces written for this instrument, yet they are not performed with the frequency of, say, solo marimba or multi-percussion. My hope is to expose the audience to the technical, melodic and expressive capabilities of the timpani. Hopefully, (audience members) leave the concert with a new appreciation for the instrument.”

Beall’s “Seven to Queens” is a short work that displays the melodic and technical possibilities of the timpani.

“Near the end, the performer will pedal a melodic motive based upon (Dimitri) Shostakovich’s Eighth Symphony, as well as perform passages that demand three mallets and virtuosic technical ability,” Shaltis said.

Peyton’s “Final Precipice” is a 12-minute concerto-like work that “takes the listener on a journey through a rich soundscape,” Shaltis said

Elias’ “A Hero’s Journey” is influenced by the soundtracks featured in various superhero movies, including those in the Marvel Cinematic Universe. “Hopefully this piece is as much fun to listen to as it is to play,” Shaltis added.

Formerly, Shaltis was the principal timpanist for the Boise Philharmonic Orchestra. He is a sought-after clinician and performer throughout North America, Europe and China and has performed and presented at numerous conferences and universities throughout the country.

Shaltis created the video podcast series “Good Beats” (tips for music educators) and “The Solo Timpanist” (videos of etudes from the Vic Firth book of the same name). His debut album, "Essence/Descent," features premiere recordings of 21st century solo and chamber timpani repertoire. Shaltis is also a co-founder of the annual Two Rivers Timpani Summit. He is a performing artist/clinician for Grover Pro Percussion, Remo, Yamaha and Zildjian.