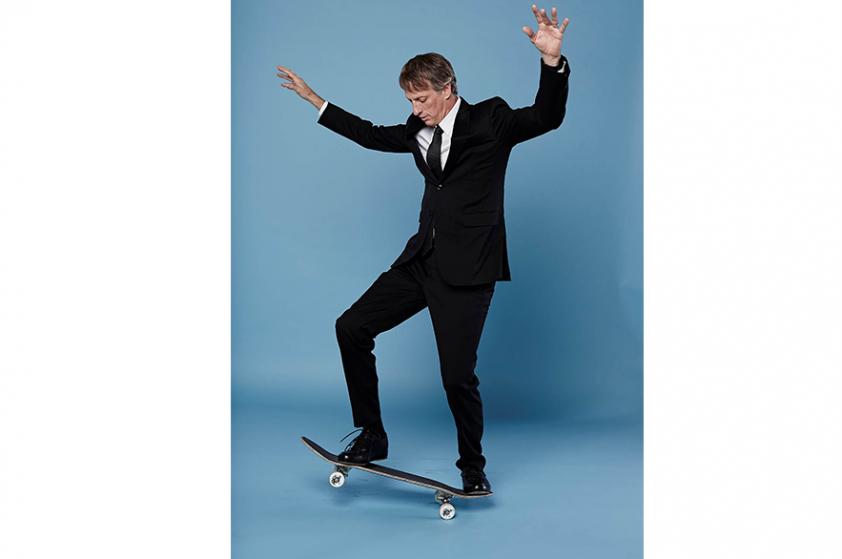 
NACOGDOCHES, Texas — A blue Fiberglass Bahne skateboard started it all for professional skateboarder and successful business owner Tony Hawk, who at 16 years old was widely considered the world’s best skateboarder.

The world skateboarding champion for 12 consecutive years, Hawk continues to skate in demonstrations and exhibitions, making him among the most-recognized athletes in the U.S.

Hawk has transformed his love of skateboarding into a successful billion-dollar business and continues to pave the way for upcoming athletes. He also is passionate about giving back to the community through his Tony Hawk Foundation.

The lecture series was created in 2016 to honor A. Nelson Rusche, who endowed the college with a $5 million gift to provide scholarships to students majoring in business and to support other programs.

Through a question-and-answer format, Hawk will discuss his passion, entrepreneurship and the importance of giving back.

“The opportunity to have Tony Hawk as our speaker at the Nelson Rusche Distinguished Lecture Series will provide an especially engaging and informative opportunity for our students,” said Dr. Tim Bisping, dean of the Rusche College of Business.

“One of the many benefits of the freedoms we enjoy is that we have the ability to both pursue our passions and utilize our successes as we choose. In many ways, Mr. Hawk has chosen to use his success to help others,” Bisping said. “Many of our students will soon graduate and enjoy great successes of their own, and I hope this example set by Mr. Hawk is one the students will always remember.”

In 1999, Hawk teamed with Activision, an American video game publisher, to create Tony Hawk’s Pro Skater video game. During the X Games that same year, he became the first skateboarder to successfully complete a 900, the pinnacle of “vert skateboarding,” which is the art of skateboarding vertical walls.

A savvy social networking marketer, Hawk’s fan base numbers in the millions on Facebook, Twitter and Instagram. He regularly appears on television and in films, and he hosts a show on Sirius XM radio’s Faction channel. His autobiography, “HAWK—Occupation: Skateboarder,” was a New York Times bestseller, and in 2010 Wiley Publishing released “How Did I Get Here? The Ascent of an Unlikely CEO.” In 2012, in partnership with Google, Hawk’s film production company, 900 Films, launched the RIDE Channel and has grown into the most-popular skateboard destination on YouTube.

Additionally, the Tony Hawk Foundation has donated more than $5.5 million to 572 skate park projects throughout the U.S. The foundation helps finance public skate parks in low-income areas in all 50 states and other parts of the world through its partnership with Skateistan. Skate parks that received financial assistance from the Tony Hawk Foundation currently serve more than five million children annually.

The Nelson Rusche Distinguished Lecture Series is free and open to the public. A private reception will be held prior to the lecture at 6 p.m. To purchase reception tickets, contact SFA’s Office of Development at (936) 468-5406, or email April Smith, associate director of development, at alsmith@sfasu.edu. Reception tickets cost $150.