University Series brings performers from around the world to SFA campus 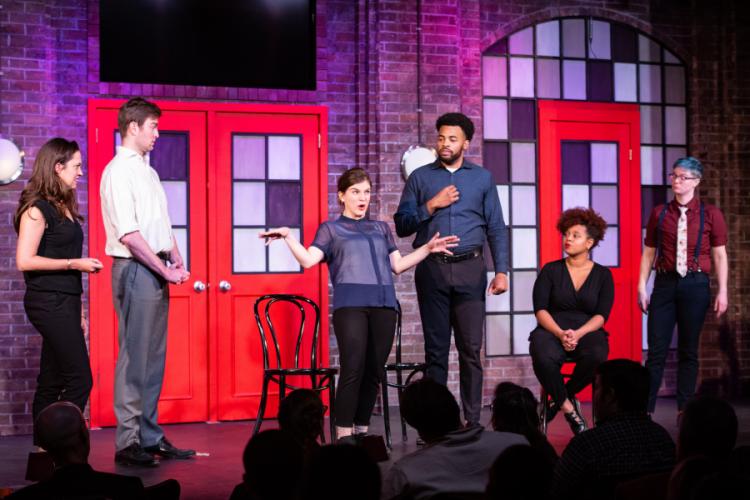 The improv-comedy of The Second City opens the 2019-20 University Series for the College of Fine Arts at Stephen F. Austin State University. The show is at 7:30 p.m. Friday, Sept. 6, in W.M. Turner Auditorium on the SFA campus. 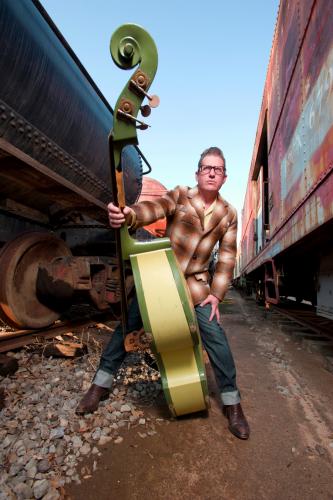 The Stray Cats’ Lee Rocker and his band are headed to the SFA campus to perform hits like “Sexy and Seventeen,” “Stray Cat Strut” and “Rock This Town,” plus lots of other songs he performed post-Stray Cats with music legends from Ringo Starr to The Rolling Stones. The show is at 7:30 p.m. Thursday, Oct. 24, in Turner Auditorium.


NACOGDOCHES, Texas – With recent performances like the Moscow Ballet’s “Nutcracker,” the high-energy dancing of Step Africa! and popular holiday shows by the Annie Moses Band and Dailey & Vincent, it’s no wonder the audiences attending the University Series and Encore Events presented by the College of Fine Arts at Stephen F. Austin State University continue to grow.

The 2019-20 season brings another versatile and exciting lineup of shows that range from comedy to musical theatre to dance to the world’s foremost children’s chorus.

“It has been enormously gratifying to see our audiences double and redouble in size over the past few years,” said Scott Shattuck, associate dean of the College of Fine Arts and director of the series.  “While we’re seeing more full houses, however, there’s still plenty of room to accommodate many more of our Nacogdoches neighbors at the University Series and Encore Events.”

The University Series will feature the world-famous comedy of The Second City on Sept. 6; the high-energy rockabilly performance of Lee Rocker of the Stray Cats on Oct. 24; the beloved holiday story of Ebenezer Scrooge in “A Christmas Carol” on Dec. 10; the powerhouse Argentinian dancing of Che Malambo on March 3; and a boisterous celebration of the Harlem Renaissance in the musical “Ain’t Misbehavin’” on April 16. All performances are at 7:30 p.m. in Turner Auditorium.

Two special Encore Events will feature the angelic-voiced musicians of the Vienna Boys Choir on Nov. 21 and the bluegrass Southern gospel of The Isaacs on Jan. 24.

There’s a reason the biggest names in laughter all catapulted their careers from The Second City. Chicago’s renowned comedy club has been the funniest place on the planet since 1959, and The Second City kicks off the University Series’ 2019-20 season. This small cabaret theatre has grown to become the most influential and prolific comedy empire in the world, fostering generations of superstars from Joan Rivers and Alan Alda to John Belushi and Bill Murray, from Mike Myers to Steve Carell, Tina Fey, Stephen Colbert and Amy Poehler. This show is recommended for mature audiences.

“With sketch comedy, hilarious original songs and world-famous improv, The Second City will have Nacogdoches rolling in the Turner Auditorium aisles,” Shattuck said.

Lee Rocker made his mark singing, playing, standing on, spinning and rocking his giant upright bass as a founding (and current) member, along with Brian Setzer and Slim Jim Phantom, of the Grammy-nominated rockabilly group the Stray Cats, which sold more than 10 million albums and garnered 23 gold- and platinum-certified records worldwide. Rocker and his band are headed to Nacogdoches to perform Stray Cats hits like “Sexy and Seventeen,” “Stray Cat Strut” and “Rock This Town,” plus many other rock-era songs he has performed post-Stray Cats with music legends from Ringo Starr and George Harrison to John Fogerty and The Rolling Stones. The performance is sponsored in part by Lehmann Eye Center.

The first special Encore Event, sponsored in part by Commercial Bank of Texas, features the world-renowned Vienna Boys Choir. This performance will usher in the magic of the holiday season as these angelic-voiced singers perform a delightful program of Austrian folk songs, classical masterpieces, hymns and perennial favorites. Widely recognized as the world’s foremost children’s choral group, for six centuries these young cultural ambassadors have been adored the world over for their wide range of repertoire, purity of tone and generosity of musical spirit.

Gather the family and join the College of Fine Arts to celebrate the spirit of Christmas in spectacular fashion with PerSeverance Productions’ presentation of Charles Dickens’ classic tale, “A Christmas Carol.” With all the splendor, magic and joy of the holiday season, this fabulous gift of a show overflows with 26 beloved yuletide songs and warm good humor as Jacob Marley and the ghosts of Christmas Past, Present and Future visit that great bah humbugger himself, Ebenezer Scrooge. This holiday show is sponsored in part by Nacogdoches Medical Center.

The second Encore Event of the season is a performance by the multi-Dove Award-winning and two-time (2017 and ’18) Grammy-nominated family of gospel singers, The Isaacs. Their inspirational style blends tight harmonies with contemporary acoustic instrumentation to produce a sound that appeals to audiences all over the world.

“Their unique mix of bluegrass, folk, country, rhythm and blues, contemporary and southern gospel is heard regularly at the Grand Ole Opry and at Carnegie Hall, CMA Fan Fest and recently on ABC-TV’s CMA Country Christmas with superstar Reba McIntyre,” Shattuck said. This special performance is sponsored in part by BancorpSouth.

A celebration of the African American musicians of the 1920s and ’30s Harlem Renaissance, the Tony Award-winning Best Musical “Ain’t Misbehavin’” takes its name from Fats Waller’s ageless song. “Ain’t Misbehavin’” whisks audiences back to the high-society Cotton Club and Savoy Ballroom and to dives where piano players banged out the new beat known as swing.

“Coming to SFA through a partnership between the College of Fine Arts, the SFA Office of Multicultural Affairs and the Nacogdoches Alumnae Chapter of Delta Sigma Theta Sorority Inc., ‘Ain’t Misbehavin’’ is a fun night of rowdy and humorous songs that will make theatregoers shimmy in their seats,” Shattuck said. “To quote another favorite song from the show, when they look around Turner Auditorium they’ll shout ‘This Joint Is Jumpin’!”

Season tickets for the 2019-20 University Series went on sale Aug. 1 and are $120 for adults, $96 for seniors (62 and up), $60 for SFA faculty and staff and $48 for students.  Encore Event tickets are sold separately, but season subscribers may add them to their season-ticket order.

"These are fantastic prices for entertainment of this quality," said Diane Peterson, Fine Arts Box Office manager. "Season tickets provide a 20-percent savings over single tickets, and patrons can have their same seat throughout the season.