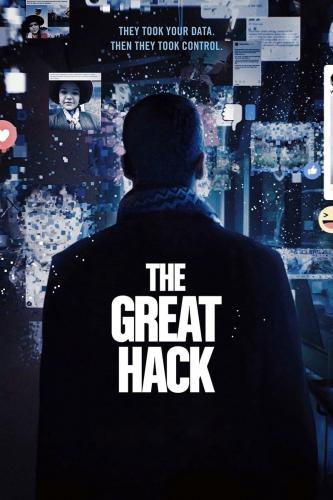 “The Great Hack” will be screened at 7 p.m. Friday, March 6, in The Cole Art Center in downtown Nacogdoches as part of the SFA School of Art and Friends of the Visual Art’s Friday Night Film Series.


NACOGDOCHES, Texas – The Stephen F. Austin State University School of Art and the Friends of the Visual Arts will present a free, one-night screening of the documentary “The Great Hack” at 7 p.m. Friday, March 6, in The Cole Art Center @ The Old Opera House in downtown Nacogdoches.

The 2019 Netflix original documentary explores how a data company – Cambridge Analytica – came to symbolize the dark side of social media in the wake of the 2016 U.S. presidential election. From award-winning filmmakers Karim Amer and Jehane Noujaim, “The Great Hack” forces viewers to question the origin of the information they consume daily. What do we give up when we tap that phone or keyboard and share ourselves in the digital age?

The film is the 2020 winner of Outstanding Achievement in Graphic Design or Animation in the Cinema Eye Honors Awards and was nominated for Best Documentary in the BAFTA Awards for Best Writing by the International Documentary Association.