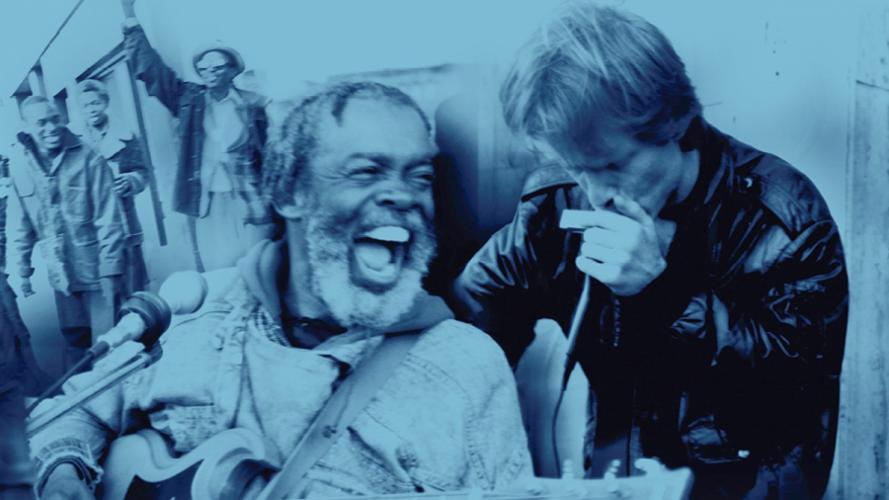 SFA will screen the documentary “Satan and Adam” at 7 p.m. Friday, Feb. 7, in The Cole Art Center @ The Old Opera House in downtown Nacogdoches. Admission is free.


NACOGDOCHES, Texas – The Stephen F. Austin State University School of Art and the Friends of the Visual Arts will present a free, one-night screening of the documentary “Satan and Adam” at 7 p.m. Friday, Feb. 7, in The Cole Art Center @ The Old Opera House in downtown Nacogdoches.

“Satan and Adam” chronicles the unlikely pairing of legendary one-man band Sterling "Mr. Satan" Magee and harmonica master Adam Gussow. Shot over 20 years, the film showcases one of the greatest blues duos. According to information at http://satanandadamfilm.com, Magee experienced the music industry’s exploitation of black musicians firsthand. So he walked away to play on the Harlem streets for “his people.” Reborn as Mr. Satan, he spread his gospel and became a New York City legend. When Gussow, a white Jewish musician, asked to play with him, their lives took a powerful turn. Gussow cast aside an ivory tower life, and Magee’s embrace of his apprentice forged a sound that thrust him back in the spotlight due to a chance encounter with rock icons U2. But life on the road took its toll, and Magee vanished. The separation would test both men’s courage, and their journey to find each other again is a tale of tragedy, survival and miraculous rebirth.

The film features U2’s The Edge, the Rev. Al Sharpton, Harry Shearer and Peter Noel. It is directed by V. Scott Balcerek and produced by Ryan Suffern and Frank Marshall of Kennedy/Marshall and RYOT Films.