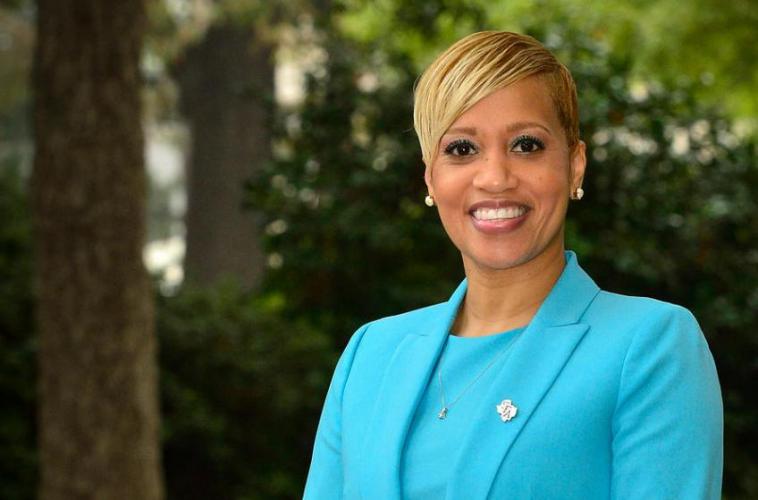 
NACOGDOCHES, Texas — Stephen F. Austin State University’s chief diversity officer has been appointed to serve as an interim vice president for the institution.

Dr. Michara DeLaney-Fields will serve as interim vice president for student affairs beginning Dec. 19. DeLaney-Fields joined the SFA staff in 2019 as assistant dean of the Office of Diversity, Equity, and Inclusion and was promoted to chief diversity officer in August of this year.

She will fill the interim role until a permanent vice president for student affairs is named, which is expected to occur during the spring semester.

The interim post became available due to the upcoming retirement of Dr. Steve Westbrook, SFA’s vice president for university affairs. Dr. Scott Gordon, SFA president, said DeLaney-Fields has the right background to serve as interim during the search to fill the position.

“Dr. DeLaney-Fields’ understanding of the wide range of responsibilities involved in student life and her commitment to student success will allow her to lead the division effectively as interim vice president during this transition,” Gordon said. “We have launched a national search for the position, but with her level of experience, we are well-positioned to manage this important operation until the permanent hire arrives.”

As chief diversity officer, DeLaney-Fields leads a number of student service-based areas on campus, including Disability Services, the Veterans Resource Center, Title IX and the Office of Multicultural Affairs.

After receiving a bachelor’s degree in health studies, DeLaney-Fields earned two master’s degrees, one in health education and the other in human performance and kinesiology, from Texas Southern University. She received her doctoral degree in educational leadership from Prairie View A&M University.