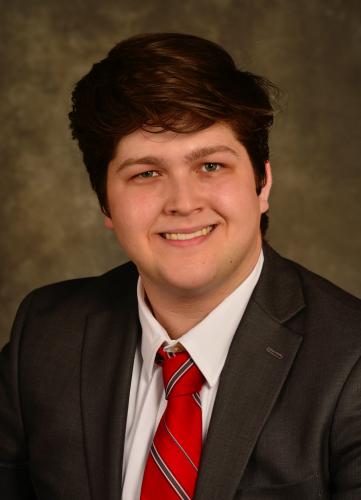 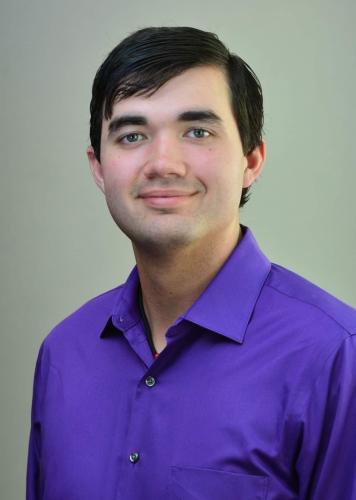 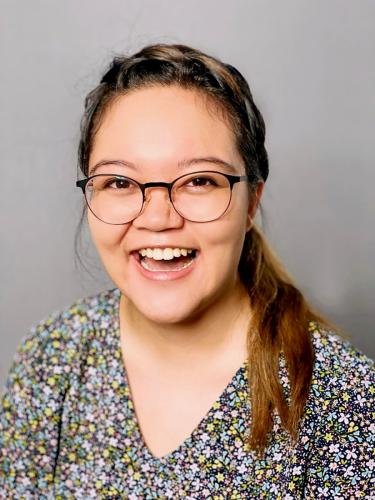 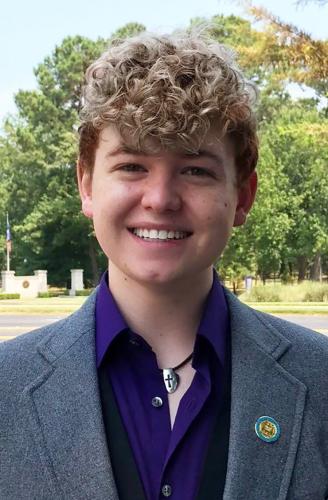 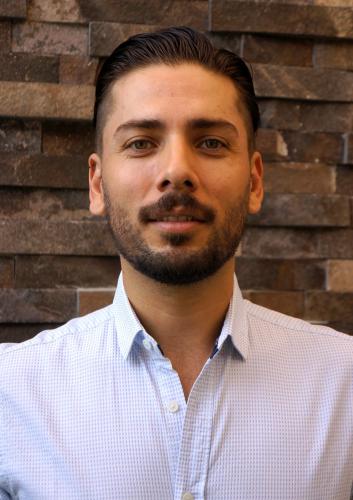 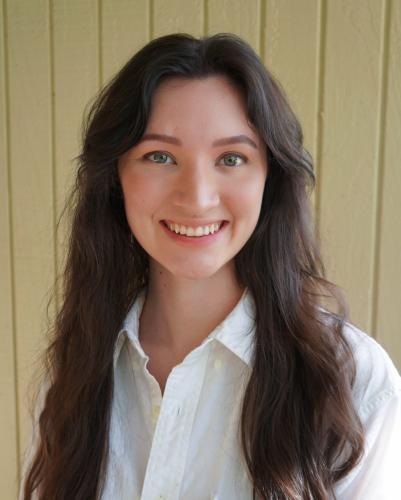 Two new awards were added this year – the John N. and Margaret Staley Scholarship in Fine Arts and the Ruth Buzzi Honorary Dean’s Award in Filmmaking – to bring the total of Dean’s Awards to six, according to Dr. A.C. “Buddy” Himes, dean of the College of Fine Arts.

The Staley award was given in memory of Nancy Delaney, daughter of John and Margaret Staley. Her husband, Creighton Delaney, was formerly the chairman of the art department at SFA.

“Although this is actually an endowed scholarship that will rotate among the disciplines of art, music and theatre, we decided to include it the in the ceremony, since the amount of $3,000 is the same as the Dean’s Awards, making this equivalent to the highest award a student can receive in the College of Fine Arts,” Himes said.

The Buzzi Dean’s Award in Filmmaking was provided by the Nacogdoches Film Festival to honor Ruth Buzzi, most well-known for her work on the TV series “Rowan and Martin’s Laugh-In,” which aired from 1968 to 1973. Buzzi now lives with her husband, Kent Perkins, on a ranch near Stephenville. She starred in the 2017 SFA summer feature film “Glenn’s Gotta Go!” The School of Art film was produced by Brad Maule. Buzzi will present the award via video.

Award recipients are selected annually by the faculty of their respective schools on the basis of their potential to further develop their artistic goals and serve as role models, according to Himes. The Dean’s Awards not only recognize the recipients for what they have already accomplished, but the awards are also designed to inspire them to reach deep from within to aspire to a higher level of excellence, Himes explained. The awards were established by the Dean’s Circle, an external support organization of community members founded in 2008 and “dedicated, in part, to nurturing potential young artists within the College of Fine Arts,” Himes said.

Cullen, who received the Ed and Gwen Cole Memorial Dean’s Award in Art, is pursuing a Bachelor of Fine Arts degree with a focus in photography and a minor in printmaking. He is president of the SFA Photography Club, which has participated in public events such as the Día de los Muertos Festival. Since coming to SFA, he has participated in two study abroad programs. In May of 2019, he and 12 other students studied Italian Renaissance art in Florence and Rome. Previously, he was among 10 students selected to attend an artist’s residency at the Baer Art Center in Iceland. This residency resulted in the exhibition “Radljost” in which participants’ artwork was displayed. In 2019, Mason’s work was selected from 1,000 entries to be among 51 artists’ work to be displayed in the Texas National exhibition at Cole Art Center. Mason is a recipient of the Academic Excellence Scholarship and has stayed on either the Dean’s list or President’s list since his first semester at SFA. Upon graduation, he intends to either attend graduate school or pursue a career in teaching.

Swisher, who received the Dean’s Circle Dean’s Award in Music, is a junior music education major specializing in percussion and studying under Dr. Brad Meyer and Dr. Ben Tomlinson. He has been on the Dean’s list or President’s list every semester while at SFA. He has been a member of the Wind Ensemble, SFA Symphony Orchestra, Swinging Aces Jazz Band, Percussion Ensemble, Steel Band and Lumberjack Marching Band. He has performed at TMEA as well as at the chamber competition at Percussive Arts Society International Convention. Kurt is a member of the Honors College and is a Smith-Hutson Scholar. He has been a member of the Drum Corps activity with Genesis Drum and Bugle Corps and the Boston Crusaders Drum and Bugle Corps. He has taught with various East Texas drumlines is currently techs for Hudson High School’s indoor drum line and marching band. Kurt has served as drum captain and section leader for Lumberjack Marching Band.

Limqueco, who received the Sidnell Memorial Dean’s Award in Music Education, is a three-year member of the Wind Ensemble and the SFA Symphony Orchestra, currently serving as principal flute in both. Jasmin also participated in various chamber groups, such as the SFA flute choir and Extempore duo, and she played piano as a student accompanist for two years. She is a member of Tau Beta Sigma, an organization dedicated to serving bands, and has been a music theory tutor for two years. Jasmin has been the recipient of additional awards, such as the Academic Excellence and Lumberjack Leverage scholarships, a band scholarship, the Colvert Family Scholarship, and she recently won first place in the Denise Jennings undergraduate division flute competition. She has also been on both the Dean's and President's lists since her first semester at SFA.

Owen, who received the George and Peggy Schmidbauer Dean's Award in Theatre, is pursuing a Bachelor of Arts degree with an emphasis in performance and a minor in marketing. During his time at SFA, Bayley has acted in several productions, including "Tartuffe," "Biedermann and the Firebugs," "Oklahoma!," "Tales of Neverland," "Titus Andronicus" and most recently "Pride and Prejudice." He has also worked as an assistant hair and makeup designer for "Cat on a Hot Tin Roof," wig master for "Titus Andronicus," and he coordinated publicity for more than 15 School of Theatre productions. Bayley received Irene Ryan Acting Nominations from Kennedy Center American College Theatre Festival for his roles in "Oklahoma!" and "Titus Andronicus." Bayley is a member and officer of the Beta Phi Cast of Alpha Psi Omega, the National Theatre Honor Society. He is also a member of the School of Theatre Peer Mentor program.

Gutierrez, who received the John N. and Margaret Staley Scholarship in Fine Arts, is an exchange student who previously was a student at the Universidad Autónoma de Chihuahua (the State University of Chihuahua), where he graduated with a Bachelor of Fine Arts with a concentration in sculpture and ceramics. He also studied as an exchange student at the University Center of Art, Architecture and Design in Guadalajara, Mexico, searching for new technical approaches in the field of ceramics. While studying in Chihuahua, Homero participated in exhibitions featuring ceramic art, drawing, engraving, sculpture and woodcarving. In 2018 Homero was awarded the Mexican 2018 National Prize for Ceramic Sculpture. Homero is now pursuing an M.F.A. degree at SFA with a concentration in sculpture and ceramics. He is a graduate assistant under the tutelage of Piero Fenci, head of the ceramics program.

Phillips, who received the Ruth Buzzi Dean’s Award in Filmmaking, is a senior specializing in editing and camera operation with a minor in mass communications, focusing on radio and television. She began school at SFA in 2016 with plans of graduating in December 2020. She has been on the President’s Honor Roll list for the past three semesters. Daina has worked as video director and editor for Her Campus SFA magazine and briefly for the Pine Log campus newspaper and KSAU 90.1 campus radio station. She has worked as a crew member for numerous SFA film productions, including the graduate film, “Alone in the Dark,” a  music video vignette “Genius of Love,” and her own short film, “Remedy of the Parallel,” which she wrote, directed and edited. Daina enjoys being a part of creating motion pictures and can’t wait to create more in the future.