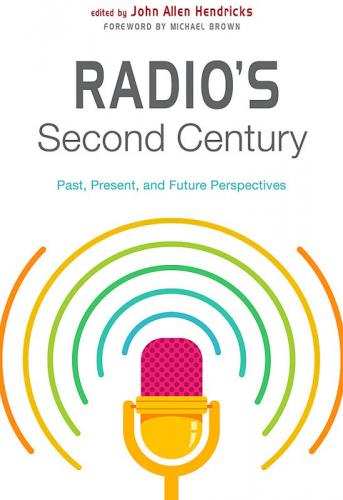 As the broadcasting industry approaches its 100th anniversary, this book is the first to study how the industry has evolved and adapted to remain a dominant mass medium.

“Despite rapid technological advancements that provide many alternatives for audio consumers, including podcasting and other digital audio streaming outlets, radio retains almost total listener saturation with nearly 270 million American weekly listeners,” Hendricks said. “That is more than 90% of the American population, according to Nielsen Audio.”

The book is a collaboration among 16 media scholars from five countries who explore topics that include audience behavior, fan relationships and cultural hegemony via religion, ethnic inclusivity and gender parity.

“As radio enters its second century of public service, this volume provides readers with a full-on assessment of all aspects of the eldest electronic mass medium through a series of astutely and incisively written essays,” said Michael C. Keith, Boston College’s preeminent radio scholar.

Hendricks’s research focuses on media’s role in society. Since joining SFA’s mass communication department in 2009, he has authored and edited 12 books on the broadcasting industry, media and politics, and social media.

Hendricks also is the co-author of the popular textbook “The Radio Station: Broadcasting, Podcasting, and Streaming,” which is used at more than 100 colleges and universities across the nation.