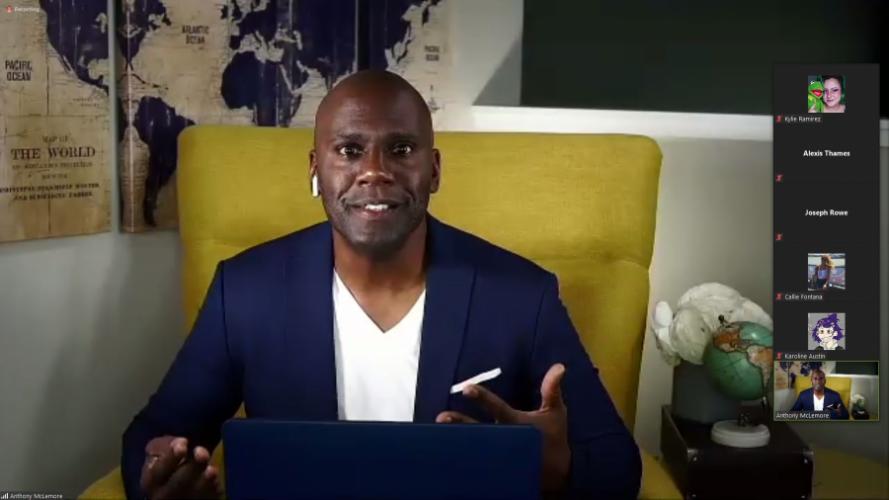 “I always try to have an SFA alumni speak to students so they can hear firsthand what it’s really like after graduation,” Greule said.

While a student, McLemore gained valuable experience reporting and writing his own segments on “Nac Edition,” a news program produced by students on campus. He said faculty members like Greule and Sherry Williford, mass communication instructor, were instrumental to his post-graduate success.

“I wouldn’t be where I am today without establishing my foundation at SFA,” McLemore said. “I’ve never walked into a situation I couldn’t handle because my professors prepared me for my career.”

From the challenges of capturing honest moments to assembling a cohesive narrative, McLemore walked students step by step through the production process. He spoke about working behind the scenes on both reality television series and documentaries.

McLemore has produced segments for reality television series, including “Big Brother,” “The Real Housewives of Beverly Hills” and “Dr. Phil.” His docuseries credits include “The Jacksons: A Family Dynasty.”

McLemore’s No. 1 advice to students: “Do more than one thing. Entertainment is a multilane highway, and you have to be assertive and ambitious. Thankfully, SFA is already preparing you for that journey.”