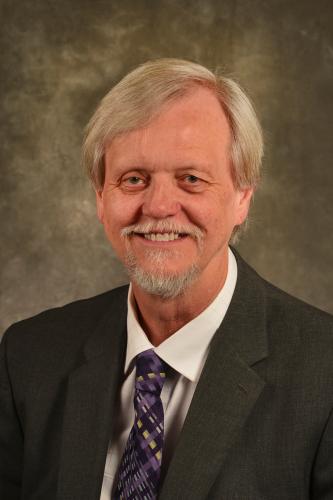 Guest poetry editor of the magazine and the Young People’s Poet Laureate of the U.S., Naomi Shihab Nye, who recently visited the SFA campus to conduct writing and teaching workshops, selected Sanders’s poem for publication in the Dec. 12, 2019 issue.

In the magazine, Nye explained that Sanders's use and interpretation of memory deeply resonated with her.

"Memory permeates awareness again and again, illuminating the absent, suggesting not that we keep it alive but that it may keep us alive," Nye said. "Sometimes the plums or ceramic pitchers in a painting feel more vivid than the ones on our tables right in front of us. It may take, as the poet William Stafford used to say, a certain tilt of the head to perceive it. Here in this poem, no one is gone."

Sanders was thrilled about his inclusion in the magazine, as he is a fan of the publication and Nye.

“The New York Times Magazine is highly regarded, has a huge circulation, and I'm proud to have been included,” Sanders said. “I am very fond of Naomi Nye's writing, and it pleases me the poem worked well for her.”

His poem was included in his most recent book, “In a Good Time,” published in September 2019 by WSC Press. The poem also won the Stephen Meats Poetry Prize from the Midwest Quarterly.

Sanders wrote the poem shortly after his mother passed away in 2014.

“The poem is not about her, specifically, but about all those we loved and who are no longer with us,” Sanders said.  “The loss is excruciating, but they're still with us, keeping watch, staying.”

Sanders received other awards for his work in 2019, including both the Western Heritage Award and the Poetry Nebraska Book Award from the Nebraska Center for the Book, for his publication, "Landscapes, with Horses," illustrated by Charles D. Jones. Additionally, two of his poems were published by Bosque Magazine, "Remembering Nixon" and "Coneflowers," with the latter receiving a nomination for the Pushcart Prize. He also received a Distinguished Alumni Award from his alma mater, the University of Nebraska at Kearney, for his lifelong work in writing and scholarship.

Sanders’s poetry, fiction, creative nonfiction and literary criticism have been published in the United States, Canada, Great Britain and Australia. He has received multiple awards and recognitions for his literary work.

Currently, he is working on a collection of nonfiction, a grouping of roughly 10 creative essays titled “Homecoming Parade.”