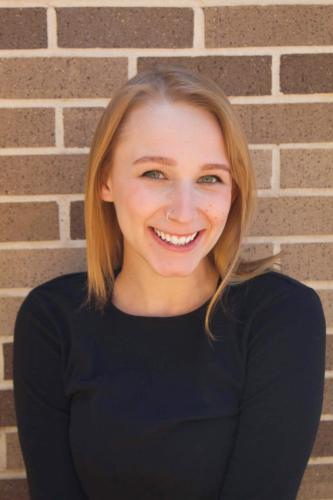 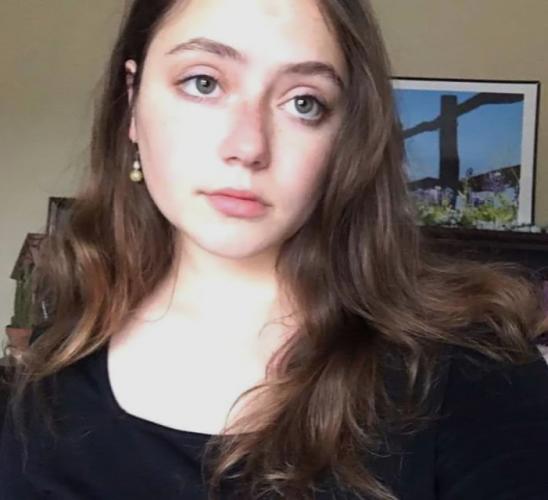 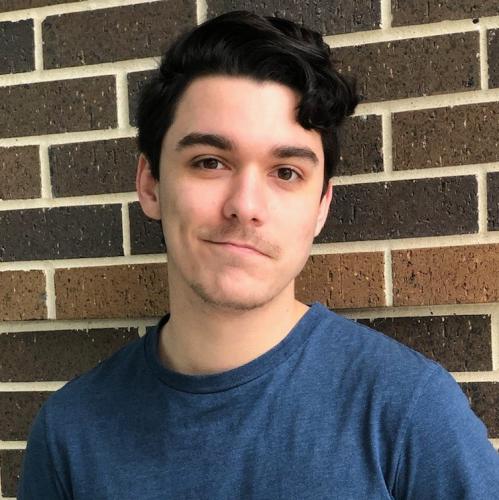 
NACOGDOCHES, Texas – A select group of theatre students at Stephen F. Austin State University have embraced performing virtually as the chosen delivery form for their art as they present the first play of the School of Theatre’s 2020-21 Mainstage Series, and they are learning some valuable lessons along the way.

Students will present a virtual-only performance of Jean-Paul Sartre’s play “No Exit” Sept. 24 through 26. Not knowing what COVID restrictions might still be in place in the fall, the play’s director, Dr. Inga Meier, assistant professor of theatre at SFA, planned for the show to be virtual from the beginning. Taking place in hell, “No Exit” can actually benefit from the virtual setting, she said. And the students who earned roles in the play couldn’t agree more.

“It is surprising to me how easy it is to become invested in the scene, even though you aren't in the room with your scene partners,” said Nacogdoches senior Alexis Beck.

“No Exit” finds three strangers encountering one another in a strange room and trying to make sense of their new surroundings and the lives that have led them to this place. While the play lends itself to virtual delivery, there are aspects of live theatre that cannot be replicated online.

“I think what has been the biggest adjustment to make for me personally is the lack of physical interaction with everyone involved,” said Colby Green, Carthage senior. “I’ve always been someone who enjoys the non-rehearsal related parts of rehearsal as much as the actual work that goes into the production, meaning the connections made with cast mates and conversations during breaks before and after rehearsal … the normal moments of interaction and connection that you don’t really realize are happening at the time. They’re still there but are much harder to replicate in a virtual setting.”

“The most glaring difference for me is the connection between actors,” he said. “Usually, in an in-person production, the way that actors make up life onstage is through connection, such as really looking at your partners and acknowledging their presence. It's different in the virtual setting, because in order to look like you're looking at the other actors, you usually have to look away from them and send your intent in the opposite direction. It's definitely challenging and different. But I like to think of it as a sort of training. I mean there are professional actors in film who now have to stare at tennis balls with faces drawn on them and give million dollar performances because of CG (computer generated imagery).”

One of the most surprising aspects of presenting this play in this format “is the heightened sense of confinement that the camera brings,” Haq said. But the camera serves a unique purpose in “No Exit.”

“For the most part, we're staying fully within this square of what the camera can see, and we can only act within that confined space,” he said. “I think that sense of confinement and the ‘eye’ of having the camera constantly looking at you helps facilitate the dread and the feeling of being in a kind of social hell.”

“At first I was extremely apprehensive about the whole ‘being on camera’ part of this production,” Green said, “but it is turning out to be much less of an issue than I thought. I was worried that my personal discomfort with having the immediate feedback that comes with seeing yourself as you’re working would present a huge hurdle that I had never really worked with before. But I think the issue of self-consciousness, and the need to work around it in order to adjust to this new normal that is the theatre world right now, has really allowed me to confront some things that have been holding me back as a performer. I believe that, in the long run, working on this particular show and this character, especially through the lens of my own issues with self-perception, is allowing me to work a lot more deeply than would have been possible otherwise.”

The students have yet to encounter the challenge of performing without a live audience. Green said she is one of “those actors” who loves live theatre. “But I’m definitely very excited and grateful for the opportunity to challenge myself as an artist and push the boundaries of my comfort zone a little bit,” she said.

Being flexible and able to adapt quickly are requirements in live theatre, and the limitations that COVID has placed on live performance have reinforced that.

“Theatre has always been and always will be a constantly evolving art form, and its ability to adapt is one of the most amazing things about it,” Green said. “The world of entertainment has had to make some drastic adjustments in the past several months. Even with so many innovations that we’ve already seen, we’re making new discoveries and finding new solutions at every rehearsal. It’s a very valuable opportunity to grow as an artist. This virtual process has taught me that we are more than capable of working through problems and of making discoveries that we wouldn’t have made otherwise had we not been presented with these circumstances.”

“I think exploring new ways to do theatre is always beneficial,” Beck said, “and because of all this chaos, we now know that yes, indeed, theatre can be anywhere!”“I'm just excited to tell stories and act again,” Haq said, “and I hope that everyone who watches us has as much fun as we've had rehearsing it all.”

The virtual performance is at 7:30 nightly for the three-night run. To purchase online access, which starts at $7.50 with additional donations accepted, visit boxoffice.sfasu.edu or call (936) 468-6407 Monday through Friday for online purchasing questions. Livestream access sales end at 1 p.m. daily during the run, and links are emailed after 4:30 p.m. each day. For more information about the School of Theatre, visit theatre.sfasu.edu.