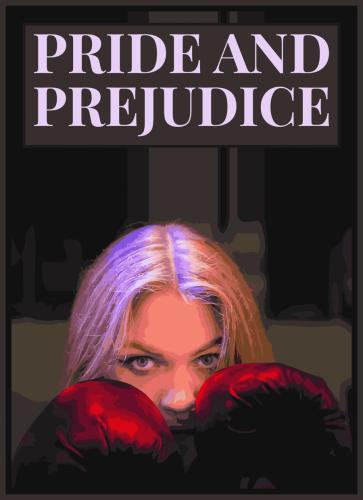 The SFA School of Theatre will present Kate Hamill’s play “Pride and Prejudice” at 7:30 p.m. Tuesday through Saturday, Feb. 18 through 22, in W.M. Turner Auditorium in the Griffith Fine Arts Building. The play is a new adaptation of Jane Austen’s beloved 1813 novel.


NACOGDOCHES, Texas – A long-overdue movement is underway to bring greater gender equity to the American theatre scene. The School of Theatre at Stephen F. Austin State University will do its part in furthering that crusade by presenting Kate Hamill’s “Pride and Prejudice” as part of this year’s Mainstage Series.

Based on the novel by Jane Austen, Hamill’s “Pride and Prejudice” will be presented at 7:30 p.m. Tuesday through Saturday, Feb. 18 through 22, in W.M. Turner Auditorium in the Griffith Fine Arts Building. The play is an “irreverent, fresh and frolicking” new adaptation to the wit and charm of Austen’s beloved 1813 novel, according to Scott Shattuck, professor of theatre at SFA and the play’s director.

“Here’s a new play by a woman, Kate Hamill, who’s one of the 10 hottest playwrights in the country right now. It has great roles for women, based on one of the most beloved stories in all of literature, which was also written by a woman, Jane Austen,” Shattuck said. “Hamill’s dramatization was written to be performed in a fast, fun, fizzy style that’s perfect for a student cast and for audiences of all ages.”

The plot is the familiar romantic story set in England near the beginning of the 19th century. Elizabeth Bennet, the second of several daughters of a small landowner, thinks that Mr. Darcy, a wealthy but mysteriously gloomy young man, is the last person in the world she’d want to marry.

“They’re both proud, and both have their prejudices, but it’s not much of a spoiler to say that love wins the day,” Shattuck said.

He goes on to explain that one of the most entertaining characters in the book and the play is the Bennet girls’ “perennially stressed-out” mother, who is obsessed with getting all of her daughters married off to men of means because the rules of primogeniture in those days prevented females from inheriting land.

“Elizabeth’s sisters get caught up in their own romantic adventures,” Shattuck said, “but none of them finds the clear path to successful matrimony that would spare Mrs. Bennet a spate of anxiety attacks.”

Hamill wrote the play for a small cast with most of the actors playing more than one role, including men playing women and vice versa.

“We’re going to get on board with that style,” Shattuck said, “which should make for some frantic changes of costumes and wigs. We hope that will become part of the hilarity of the show. Our idea is to try to create the impression that we’re making it up as we go along, which can actually require more planning and rehearsal than a polished-looking show would.”

The student actors will be taking on iconic roles that many in the audience will remember from having read the book, perhaps more than once, or at least from seeing one of the many film and television versions, Shattuck said.

“They’ve got to create their own original characterizations while staying in the spirit of the source material,” he said. “And most of them will have to transform from one character to another at the drop of a hat.”

Other than the youngest children, everyone should enjoy “Pride and Prejudice,” regardless of gender, age or background, according to Shattuck.

“It’s an irreverent take on a classic tale,” he said. “Hamill loves the story without taking it too seriously, so I think most people will find something funny and charming in this one.

“From my perspective, the play is a celebration of smart, strong, independent young women,” he added, “and it’s a celebration of the fact that women never have to play second fiddle to have a full and satisfying life, including having a family, if that’s the path they choose. I hope everyone will leave in a bright and cheerful mood.”