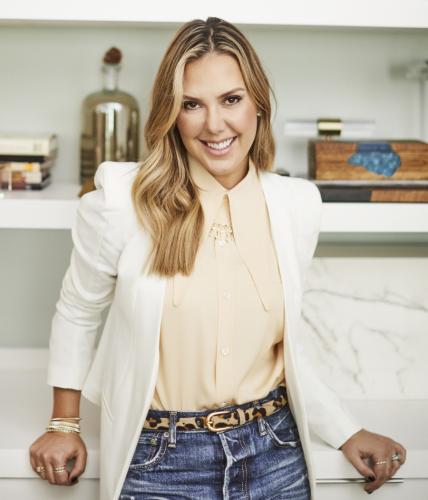 Fashion designer, CEO and philanthropist Kendra Scott will headline the 2020 installment of the Archie McDonald Speaker Series at Stephen F. Austin State University. The speaker series event is free and scheduled for 7:30 p.m. Monday, April 20, in the Baker Pattillo Student Center Grand Ballroom on the SFA campus. A private reception for 100 guests will be held prior to the main event. Private reception tickets can be purchased by contacting Sarah Sargent, SFA development assistant, at (936) 468-5406.

A loving mother, driven entrepreneur and passionate designer, Scott’s vibrant personality and commitment to innovation, quality and detail brought her from a small startup to a billion-dollar business and brand with millions of loyal fans, including celebrities. Known for her use of dynamic color and genuine materials, Scott believes the truest form of success is giving back in a meaningful way.

She has created a brand and culture that authentically values giving back and making a positive difference in the community. The Kendra Scott company maintains a focus on its customers and the causes close to their hearts.

In 2015, Scott launched the Kendra Cares Program, which allows community members to host in-store events for causes and organizations that work to improve health and wellness, education, entrepreneurship and empowerment. In 2018 alone, the company gave more than $5 million in monetary donations, almost $10 million in in-kind donations and more than 2,000 volunteer hours to philanthropic organizations, and partnered with more than 8,000 philanthropic organizations nationwide.

The speaker series event is free and scheduled for 7:30 p.m. Monday, April 20, in the Baker Pattillo Student Center Grand Ballroom on the SFA campus. A private reception for 100 guests will be held prior to the main event. Private reception tickets can be purchased by contacting Sarah Sargent, SFA development assistant, at (936) 468-5406.

“Kendra Scott sets an example for our students on how someone can be super successful in business and also super passionate about making a difference in the world,” said Dr. Steve Westbrook, SFA vice president for university affairs. “The recently announced Kendra Scott Women's Entrepreneurial Leadership Institute is a prime example of how she is sharing her passion for business leadership with others, especially aspiring female leaders. We are thrilled she will be on our campus soon so our students can hear about her work firsthand.”

SFA's Student Government Association sponsors the speaker series, which is open to the public. Starting March 2020, passes may be obtained at the Involvement Center on the first floor of the Baker Pattillo Student Center on the SFA campus or at the Nacogdoches Convention and Visitors Bureau, located at 200 East Main St. For more information, call (936) 468-5406.