To buy Gucci – or not 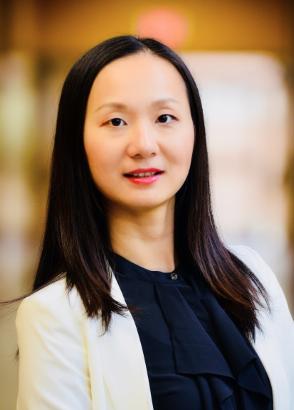 Dr. Wenjing Li, an assistant professor of marketing in the Rusche College of Business, was recently published in the Journal of Business Research.

The paper, “How counterfeit dominance affects luxury brand owners’ perceptions: A cross-cultural examination,” was co-authored with three other professors and appeared in the Journal of Business Research.

Li, an assistant professor of marketing in the Rusche College of Business, is building out her CV in her first tenure-track professorship since earning her doctorate from the University of Kentucky in 2018. She says she’s unique in that she was born and raised in China but has lived in the U.S. for a decade – Houston, Lexington and Nacogdoches – giving her valuable insights into two of the most influential countries in the world.

“I see the differences firsthand myself,” she said.

Indeed, one of the roles in her latest research was as thought leader on the cross-cultural aspect of the findings. Chinese and Chinese-American buyers don’t seem to care if cheap counterfeits have more than a 50 percent market share. If they like Gucci, they’ll continue to buy Gucci. But in the United States, if Anglo consumers feel that the market is dominated by fakes, they’ll buy fewer goods by brands such as Burberry, Louis Vuitton and Hermès.

According to Li, Chinese consumers have a stronger social-adjustive mindset – the need to fit in with their peers – than American buyers.

“Our research shows that counterfeit dominance negatively affects the perceived quality and purchase intention of luxury fashion brands across product categories only for Anglo-Americans, but not for Asians,” the study concludes.

From start to finish, the project took about three years.

The real-world implications are that managers of luxury brands could tailor their marketing efforts to meet the expectations of different buyers – encourage brand loyalty in the U.S. while perhaps offering group discounts in Asia.

Li said similar studies could be conducted with other major markets like South Korea, Brazil and India. As the China-U.S. study is believed to be the first of its kind, the field is still wide open.

“This is just the tip of the iceberg,” Li said.