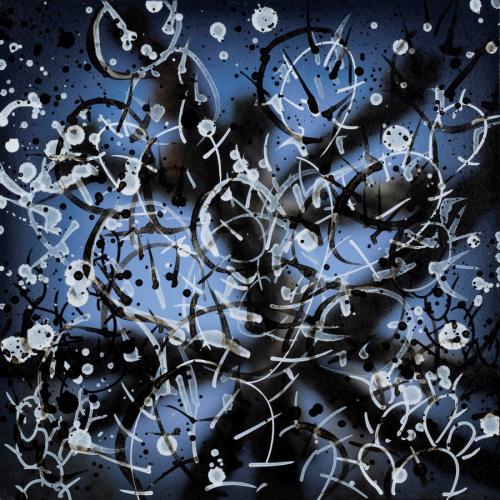 “Study for a Western Cliché,” Acrylic on Inkjet on Paper on Canvas 2021 by Robert Kinsell will be among the works of art available for purchase in the SFA Friends of the Visual Arts’ 12 X 12 fundraiser. Silent bidding gets underway Oct. 2 and continues until the start of the Art Party at 6 p.m. Saturday, Oct. 16, at The Cole Art Center @ The Old Opera House in downtown Nacogdoches. 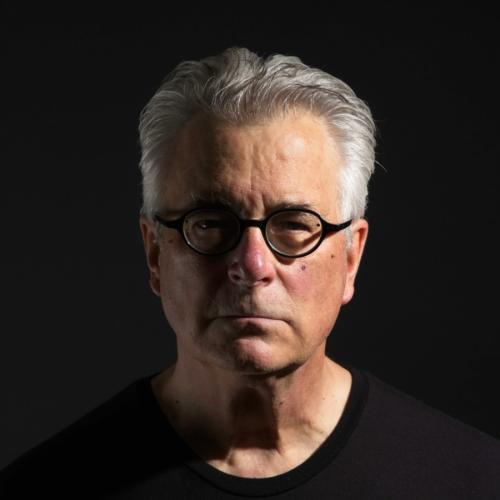 
NACOGDOCHES, Texas – Altered photographic artwork by a retired Stephen F. Austin State University professor will be among the pieces available for purchase in this year’s 12 X 12 Art Scholarship Fundraiser presented by the Friends of the Visual Arts at SFA.

Robert Kinsell, who retired from SFA in 2013 after 25 years of teaching in the School of Art, is this year’s 12 X 12 featured artist. The purpose of 12 X 12, which features 12-by-12-inch pieces of art created by artists from Nacogdoches, Lufkin and other areas of Texas, is to raise funds for FVA scholarships and grants awarded to SFA art students. Between $12,000 and $15,000 is awarded annually in scholarships to deserving students in the School of Art.

Kinsell, who was an advertising executive in Chicago, Illinois, before coming to SFA, and his wife Judy live in the Davis Mountains of Far West Texas where his work “is a response to my immediate surroundings here in the mountains of the Chihuahuan desert,” he said.

For the first three years after his retirement, Kinsell said his artwork was similar to what he’d been doing for many years – “arranged narrative still lifes done in a realistic manner.” Following a show of his work at Hooks Epstein Galleries in Houston in 2016, he said he felt a need to change.

“Since then, my work has been primarily photography – sometimes combined with non-objective drawing,” he said. Kinsell exhibited photographic work at the Marfa Book Company in the St. George Hotel during the 2018 Agave Festival.

Kinsell had been a longtime supporter of the Friends of the Visual Arts at SFA during his tenure at SFA, recognizing the efforts of the organization to support the School of Art, its faculty and its students.

“Since I first arrived at SFA in 1988, I have seen that the best art department achievements have all been due to the help of the FVA, and a good deal of our academic objectives wouldn’t have been realized without the support of the FVA,” he said.

When he learned that 12 X 12 was being revived this fall after being put on hold because of the pandemic, Kinsell said he felt he should contribute to the fundraiser “in hopes of helping out.”

Kinsell said his work in photography typically “explores the textures and structures of the living and dead flora and fauna that are all around our house.” He describes the piece he submitted for 12 X 12 as “an example of the dialogue I have been trying to engage in between the photograph and graphic, nonobjective mark making.”

“In the case of this piece, the photo is purposely blurred to recede from the viewer, and the drawing marks sit atop that image,” he said. “It also is a somewhat personal reflection on the deterioration of my sight and the advancement of arthritis, particularly in my hands.”

This year’s 12 X 12 Art Party is slated for 6 to 8 p.m. Saturday, Oct. 16, at The Cole Art Center @ The Old Opera House in downtown Nacogdoches. For two weeks leading up to the party, silent bidding on artwork will take place. Anyone may silently bid on the unique one-of-a-kind pieces, according to David Cozadd, event committee chairman. Silent bidding ($250 minimum) begins Saturday, Oct. 2, at The Cole Art Center and will continue up to the day of the art party. Starting bids drop to $100 the night of the event, and raffle tickets will be sold five for $20. Refreshments will be served at the party.

Proceeds from the event help students defray the costs of special projects for art classes or M.B.A./B.A. exhibitions. Some recipients have attended conferences or gone on school trips that will help with their professional development. This has included Maymester trips for art students to go to Italy. The organization also awards scholarships for elementary school students to attend the SFA Art Academy.