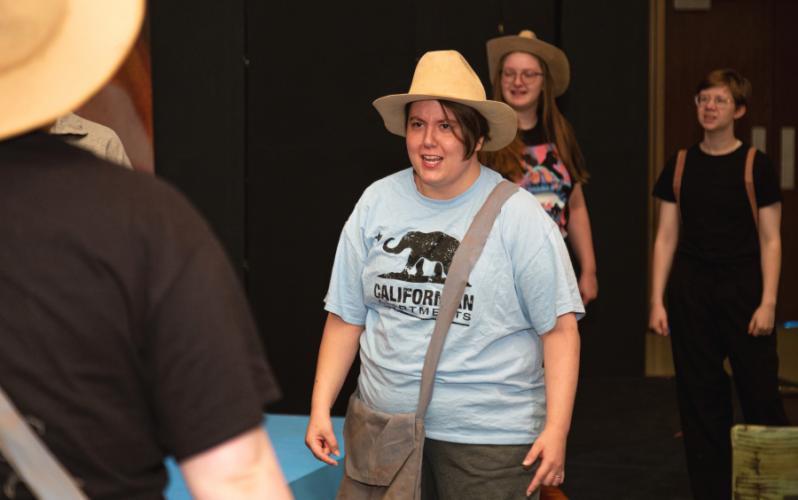 NACOGDOCHES, Texas – The Stephen F. Austin State University School of Theatre continues its SummerStage Festival with the opening of “Men On Boats” by Jaclyn Backhaus. The play follows the history of the one-armed Captain John Wesley Powell and his crew of nine crazy but loyal volunteers as they journey the course of the Colorado River and become the first “white men” to explore the Grand Canyon in a hilarious 21st century mash-up of the original voyage. Among the cast members are Sedona McDonald, front center, of Red Oak, Madeline Murphy of Jacksonville and Lucas Moncrief-Blackburn, far right, of Garland. “Men On Boats” will be presented at 7 p.m. June 30 and July 1, 6, 8 and 9; and at 2 p.m. July 7 and 8. General admission tickets are $15 for adults, $10 for seniors and $5 for students/youth. This show is recommended for mature audiences because of language content. A pay-what-you-can performance is on July 1. All performances are in Kennedy Auditorium, 1906 Alumni Drive. For tickets, call the SFA Fine Arts Box Office at (936) 468-6407 or visit boxoffice.sfasu.edu. For more information, call the School of Theatre at (936) 468-4003 or visit www.theatre.sfasu.edu.