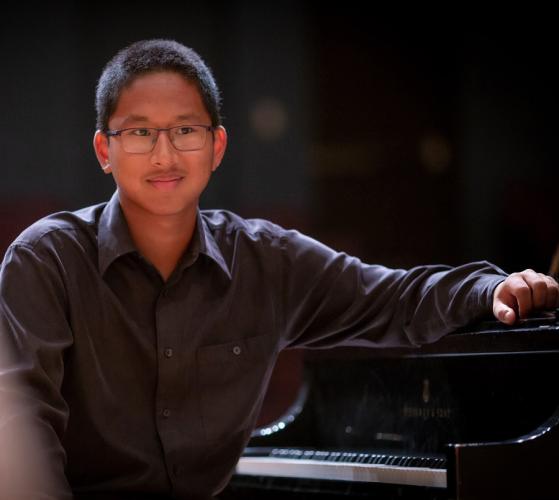 Antonio “Nio” Ajero of Nacogdoches advances to South Central Division round of the Music Teachers National Association Senior Piano Performance Competition after recently winning the Texas state round of the competition at the University of Houston.

Ajero, the son of Mario and Gina Ajero, earned the opportunity after winning the Texas State round of the MTNA Senior Piano Performance Competition Nov. 13 at the University of Houston. A senior at Nacogdoches High School, Ajero has been studying piano for 14 years and is currently a student of Minhae Lee at the Stephen F. Austin State University School of Music and Linda Parr in SFA’s Music Prep Division. He previously studied with Andrew Parr, professor emeritus of piano at SFA.

The three-tiered MTNA competitions begin at the state level. Winners of each state competition advance to the division competition. Division winners then proceed to the national level.

Music Teachers National Association is a nonprofit organization comprised of 17,000 independent and collegiate music teachers committed to advancing the value of music study and music making to society and to supporting the professionalism of music teachers. Founded in 1876, MTNA is the oldest professional music association in the U.S.