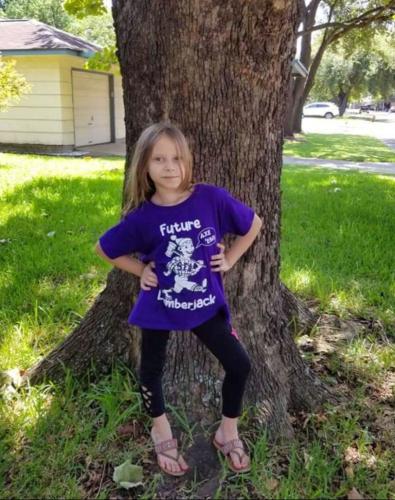 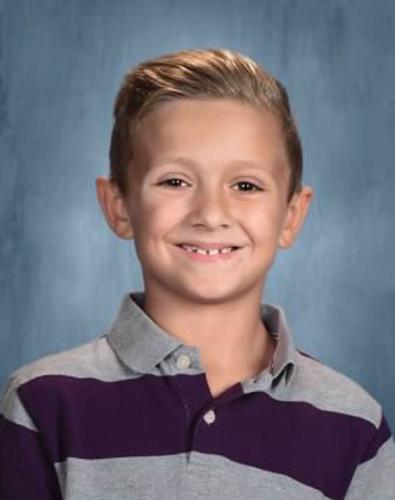 
NACOGDOCHES, Texas — Mylee Elsik, of Deer Park, and Owen Hawkins, of Nacogdoches, will serve as children of the court during Stephen F. Austin State University’s Homecoming celebrations Oct. 29 and 30.

Mylee is the 8-year-old daughter of Lorna Wheeler and Frank Elsik. She is the granddaughter of Robert Wheeler, a 1979 SFA alumnus.

Mylee is in the third grade at San Jacinto Elementary School and enjoys participating in soccer, ballet, acrobatics and the children’s choir at Deer Park First Baptist Church. She also is a big fan of the Lumberjacks.

Owen is the 7-year-old son of Erik and Heather Hawkins. Heather is a 2000 graduate of SFA and works in the James I. Perkins College of Education’s dean’s office. Erik plans to graduate from SFA in 2023.

Owen is a second-grade student at Central Heights Elementary. He loves animals and enjoys being a member of the swim team and playing soccer and basketball. He plans to someday participate during the Olympics in swimming and become a zookeeper after graduating from SFA in 2032.

Mylee and Owen will ride in the Homecoming parade and participate in the crowning of the SFA Homecoming queen during halftime of the SFA versus Abilene Christian University football game, which begins at 4 p.m. Oct. 30 at Homer Bryce Stadium on the SFA campus.