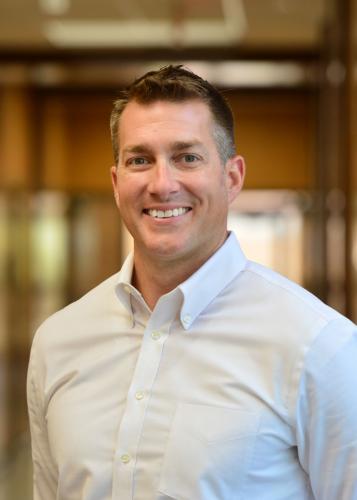 Jones has a PhD in management from the University of North Texas, an MBA from St. Bonaventure University, and a BA in political science from Mercyhurst College. Before arriving at SFA in 2019, Jones was a professor at the University of Minnesota Duluth.

Jones also has extensive experience in the private sector, including starting his own businesses, serving as a board member and consultant for entrepreneurial companies, and several years working in the finance sector. He currently teaches courses in entrepreneurship, business policy and strategic management.

The lecture takes place at 7:30 p.m., Oct. 28 in Kennedy Auditorium. After a private VIP reception, Jones will sit with John for a Q&A, primarily focused on John’s core of expertise – building companies and brands.

“Daymond is an authentic American entrepreneur,” Jones said. “He found his passion, followed it relentlessly, and convinced other people that his vision was worthy of their support. Having now been successful for three decades, Daymond has what it takes to deliver a compelling lecture that should inspire both students and faculty. I look forward to hearing what he has to say and consider it an honor to share the stage with him.”

John established streetwear brand FUBU in the early 1990s and has been on an upswing ever since. He is celebrating his 12th season as an original cast member on ABC's Emmy Award-winning business reality show "Shark Tank." John is also an author of five bestselling books, including New York Times’ bestsellers "The Power of Broke" and "Rise and Grind," and recently released the Audible Original, "Founding FUBU."

The Nelson Rusche Distinguished Lecture Series is free and open to the public. Tickets are available at Nacogdoches’ Charles Bright Visitor Center, 200 E. Main St., or on campus at the Baker Pattillo Student Center information desk. For more information about the lecture series, visit sfasu.edu/rusche.