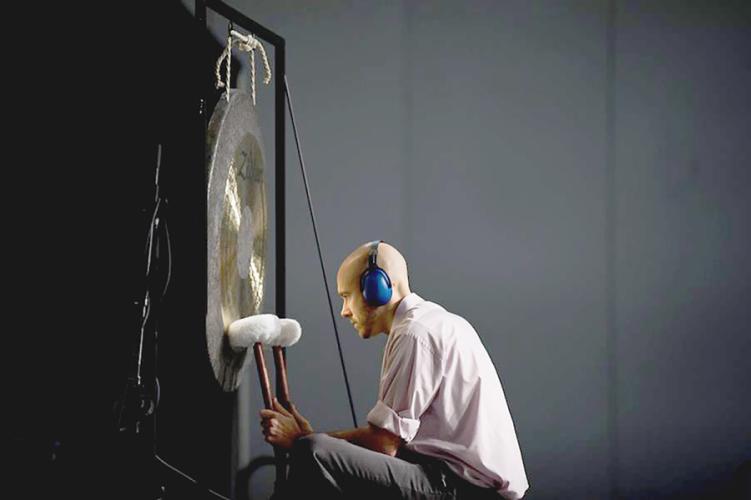 
NACOGDOCHES, Texas – Dr. Brad Meyer, professor of percussion at Stephen F. Austin State University, will present a faculty recital featuring one of his own compositions at 6 p.m. Wednesday, Jan. 12, in Cole Concert Hall on the SFA campus.

Meyer’s “Seven Images: for Solo Concert Snare Drum” was composed shortly after he returned from a tour in Slovenia where he gave several clinics and performances in the fall of 2012. While there, Meyer sampled as much of the culture and art as he could, spending a majority of his time in the city of Ljubljana. One of the many places he explored was Moderna Galerija (Museum of Modern Art), which is located next to Tivoli, which is a park similar to Manhattan’s Central Park.

“As soon as I entered the museum, I was immediately captivated by several large-scale installations,” Meyer said. “These installations stayed in my memory long after I had left Slovenia. Because of my fascination with the museum and its art, I decided to create seven snare drum solos based off of seven of the most memorable installations and pieces of art I witnessed.”

Other works on the program are by Darin Kamstra, Chad Floyd and Roshanne Etezady, as well as a premiere work by Marc Mellits and a world premiere piece by Jennifer Bellor.

Mellits’ “Silver Mercury” pays homage to the steel pan, a percussion instrument that was traditionally made from 55-gallon industrial drums. “To make something inherently so beautiful from an object not meant for beauty nor music, I find fascinating,” Mellits said. “The shiny silver color of the playing surface of the drum reminds me of the color of mercury and the sound the instrument makes is also a sound that somehow is a liquid that wants to be a solid. This was the starting point for my work ‘Mercury Silver.’ I wanted to let the instrument speak for itself while riding the line between liquid and solid; individual lines create both melody as well as outline the harmony. To me, this is the music weaving a line between liquid and solid, melody and harmony.”

Kamstra’s “Bateria” is inspired by the call/response patterns and grooves of the samba batucada, or an African-influenced Brazilian percussive fast-pace style. The title of the work comes from the Portuguese word for “battery,” or the instruments found in the escolas de samba of Brazil.