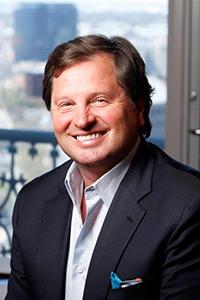 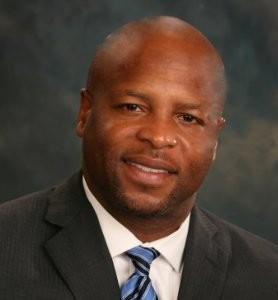 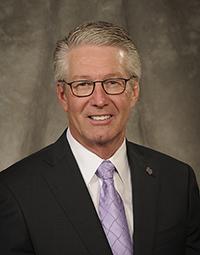 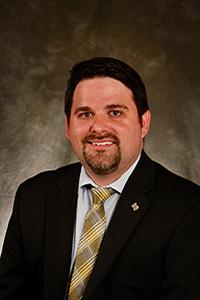 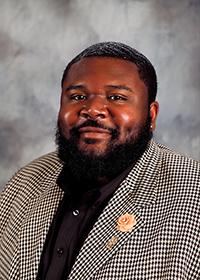 The SFA Alumni Awards honor individuals who have made outstanding contributions to their professions and the community and who advance the goals and values of SFA.

The award recipients are Greg Arnold, Larry Centers and John R. “Bob” Garrett, who each will receive the Distinguished Alumni Award; Sean Hightower, the Outstanding Young Alumnus Award recipient; and Saville Harris, the recipient of the Lumberjack Pride Award.

Greg Arnold, who graduated from SFA in 1987 with a Bachelor of Business Administration in marketing, is chairman and CEO of The Arnold Companies, a privately owned national petroleum marketing and aviation services company in Dallas, which employs approximately 1,000 associates across its divisions.

Throughout his 34-year tenure, Arnold has been responsible for expanding the company in four divisions: TAC Air has a network of 16 fixed-based operator locations and 3 million square feet of tenant and hangar space that annually services 320,000 business and general aviation aircraft movements. Keystone Aviation is a private jet charter and management business with a fleet that includes 25 aircraft from small-engine turbo props to large cabin, long-range jets capable of international travel. TAC Private Hangars launched in May 2021 as an entity providing ground handling, hangar and office space outside the confines of a traditional fixed-based operator. TACenergy operates as an independent wholesale distributor of refined petroleum products and has grown to cover 48 states supported by 14 regional sales offices selling 2.7 billion gallons annually with more than $4 billion in annual revenue.

Arnold is a member of the National Petroleum Council, vice chair of All Stars Project Inc. in Dallas and on the Board of Trustees of Texas Christian University.

Widely recognized as one of the greatest pass receiving fullbacks ever, Larry Centers attended SFA from 1986-89 after being recruited to play running back, wide receiver and defensive back from Tatum High School.

As a freshman at SFA, Centers broke a finger and was assigned to play scout team running back and special teams. During his sophomore year, an injury to the team’s starting running back allowed Centers an opportunity to play. Centers finished the season with 100-plus rushing yards in each of the remaining six games. He led the Lumberjacks in receptions, rushing yards and yards from scrimmage during his junior and senior years. Centers was a two-time All Southland Conference pick and set a school record for rushing yards during his senior season. In 1989, with Centers as the starting running back, the Lumberjacks advanced to the 1989 NCAA Division 1-AA football championship game, where the team lost by a field goal to the Georgia Southern University Eagles.

Centers was drafted by the Phoenix Cardinals in the fifth round of the 1990 NFL Draft. He spent nine seasons playing fullback for the Cardinals, where he was considered “the heart and soul of the Cardinals’ offense.” When Centers left the team in 1999, he had achieved the status of its all-time leading pass catcher.

Centers’ last stop was with the New England Patriots, which he joined in 2003 and played with quarterback Tom Brady. His contributions as part of the Patriots offense helped the team win Super Bowl XXXVIII by besting the Carolina Panthers 32 to 29. The game was hailed by Sports Illustrated writer Peter King as the “Greatest Super Bowl of all time.” Centers retired from professional football before the 2004 season.

During his 14 seasons in the NFL, Centers rushed for 2,188 yards, caught 827 passes for 6,797 yards, returned 33 kickoffs for 617 yards and scored 42 touchdowns. His 827 receptions are the most by any running back and until 2008 were the most by any non-wide receiver in NFL history. Centers caught passes in 128 consecutive games — at one point the third-longest streak in the NFL. When Centers retired, he was seventh in league history for passes caught.

Growing up in the West Texas oil patch, John R. “Bob” Garrett made a 500-mile trek to SFA after graduating from junior college. After receiving a degree in biology from SFA in 1975, Garrett started his first job working on the completion of Lake Nacogdoches and opening the surface water treatment plant. During the following five years, working with the City of Nacogdoches while also operating a small business, Garrett moved his family to Tyler, where he joined Fair Oil Company and began studying toward a master’s degree in business. Garrett’s mentor, James W. Fair, taught Garrett the business side of the oil field along with skills in residential and commercial land development. In 2002, Garrett was named president and CEO of Fair Oil Company and the organization’s real estate businesses, a role he has continued in for 37 years.

Appointed by Gov. Rick Perry to the SFA Board of Regents in 2007, Garrett served two terms, retiring from the board in 2019. During his tenure, the university experienced enrollment growth, approved more than $400 million in campus improvements and helped SFA’s academic and athletic programs rise in prominence.

Garrett remains active in the energy industry, as well as residential and commercial real estate development. He serves as president of the R.W. Fair Foundation, chair of the board of Southside Bank/Southside Bancshares, is a life member of the development board of The Health Science Center at the University of Texas at Tyler and past president of the Texas Association of Builders. He also serves on numerous corporate and nonprofit boards and is on the steering committee for the new Tyler School of Medicine. In 2019, Garrett was honored with the T.B. Butler Award as Tyler’s most outstanding citizen.

He also was active in other SFA student organizations, serving as a member of the Pre-Law Club and a competitor on the Moot Court Team. Hightower was the recipient of the Waldo Miller Memorial Debate Scholarship.

After graduating from SFA in 2009 with a degree in political science, Hightower attended law school at Texas A&M University School of Law, where he received his Juris Doctor. He then returned to Nacogdoches, where he joined Tim James to launch James & Hightower Attorneys at Law.

Hightower is a fellow of the Texas Bar Foundation, serves on the board for the Texas Criminal Defense Lawyers Association and has been elected twice to serve as the vice president of Nacogdoches Memorial Hospital. During his tenure, the hospital has eliminated tens of thousands of dollars in debt and paired with an operations partner to help ensure the hospital’s future.

While a student, he was named Mr. SFA in 2012, was a three-time recipient of the Presidential Volunteer Service Award, named the Student Activities Association Member of the Year, Orientation Leader of the Year and Junior Homecoming Duke.

Until recently, Harris worked at SFA, serving as the assistant director of student engagement, where he closely worked alongside Student Activities, Orientation, Greek Life and served as Purple Santa, helping collect holiday gifts for children who reside in the local community. In 2020, Harris received the highest honor a staff member at SFA can receive — the President’s Achievement Award. Other honors he’s received include being named the National Association for Campus Activities New Professional of the Year, NACA Advisor of the Year and recipient of the NACA Markley Award, which recognizes an individual who is regarded as a positive role model for students, professional staff members and associates.

Harris recently left SFA and is now the production manager at Smith Sawmill Service, where he oversees the circular saw division at the Timpson branch. When he’s not at his “regular” job, Harris owns and operates his own food truck, Big Fella’s BBQ, in and around Nacogdoches. He has established a following with his family barbecue recipe for “The Come Back Ribs” and his own spin on a stuffed turkey leg with jalapeno macaroni and cheese.

A proud member of Alpha Phi Alpha and Alpha Phi Omega fraternities and BlacSFA, an official network of the SFA Alumni Association, Harris also serves as a board member for the Nacogdoches Jaycees.