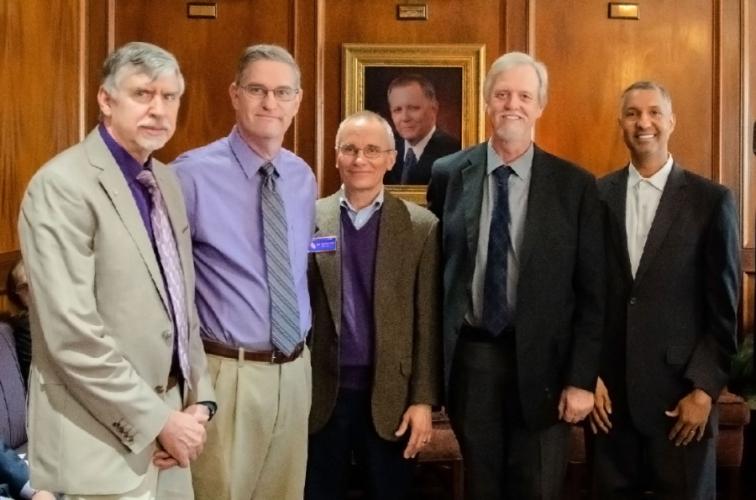 
Two administrators new to Stephen F. Austin State University were among the appointments approved by its Board of Regents during the group’s quarterly meeting Monday.

Andrew Dies was named assistant vice president of student affairs and dean of students. Dies previously served as dean of students at Northern Arizona University, where he was chief student conduct officer and the primary contact for students in crisis, in addition to serving on the emergency management team and the academic standards committee.

He received his Bachelor of Social Work from the University of Kansas at Lawrence and his Master of Education in higher education administration from North Carolina State University in Raleigh. He is currently completing his dissertation at Georgia Southern University for a doctoral degree in educational leadership.

Mickey Diez is serving as SFA Registrar. He has 21 years of experience in higher education, spending 13 of those years as a university registrar. He previously served as the registrar for the University of Louisiana at Lafayette.

Diez holds a Bachelor of Science and a Master of Business Administration from Nicholls State University in Thibodaux. He is currently completing his dissertation for a doctoral degree in educational leadership from the University of Louisiana at Lafayette.

Freddie Avant, associate dean of the College of Liberal and Applied Arts and director of the School of Social Work, was named interim dean of research and graduate studies.

Anusha Shrestha was appointed assistant professor of forestry in the Arthur Temple College of Forestry and Agriculture.

The appointment of Judith Kruwell, associate vice president of finance and administration, as interim vice president was approved by regents. In financial and administrative services, Michaelyn Green was promoted from director of administrative services to director of treasury and student business services. Amy Mooneyham was promoted from accounting clerk III to assistant bursar in the controller’s office.