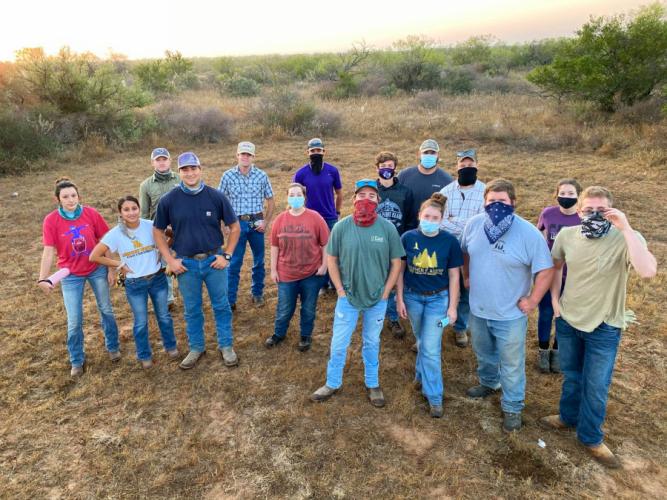 “It’s a great feeling of satisfaction,” said Cassandra Kapp, SFA forestry student and student chapter president. “We worked so hard and didn’t think it was possible to win it again.”

Kapp credits winning the award to the chapter’s ability to recruit, engage and retain members despite complications from the ongoing COVID-19 pandemic.

During the previous year, chapter members conducted a number of volunteer and professional development activities, including spotlight surveys for alligators and deer to help determine population density, as well as habitat improvement projects on private properties.

In the spring, the chapter traveled to South Texas where they worked with individuals from the East Foundation and the Caesar Kleberg Wildlife Research Institute to tag and collect data on deer for use in an ongoing research project.

“The group of students who went on the deer capture trip became really close,” Kapp said. “Traveling with people, working side by side, the fireside dinners at night — it really makes a difference.”