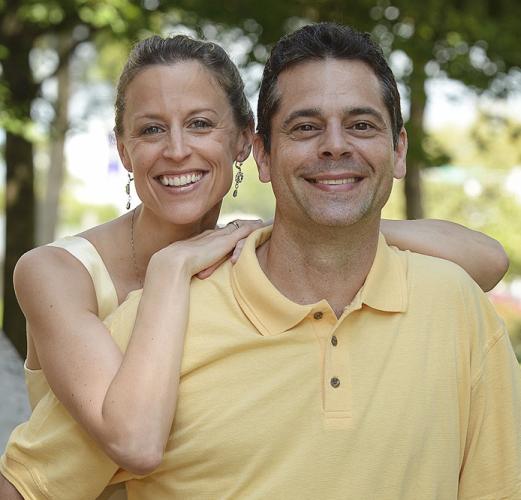 
NACOGDOCHES, Texas – Drs. Christina Guenther and Ron Petti in the School of Music at Stephen F. Austin State University will present the program “Composers of Our Time: Music for Flute and Piano” when they perform in a recital at 7:30 p.m. Thursday, Jan. 20, in Cole Concert Hall on the SFA campus.

The program opens with “All the Words to All the Songs” by Welcher, who was a long-time composition professor at the University of Texas at Austin, which is where Guenther met him. “He has composed in many different genres and gifted me some of his flute works,” she said. “I have always found ‘All the Words to All the Songs’ to be a very special piece – meaningful and powerful; the audience will recognize one of Elvis Presley’s best-known songs quoted in this piece. I think it is a really nice opener to our program.”

Durrant’s Sonata for Flute and Piano is a piece in three movements that “is a showpiece for both players,” Guenther said. “This will be the world premiere performance, and I love that it shows the human connections that can be made via social media (where Guenther first connected with the composer) among all the negativity we hear about today.”

Coleman’s “Fanmi Imèn,” Poem for Flute and Piano will also be performed. “Ron and I had the pleasure of meeting Valerie a few years ago at a flute conference,” Guenther said. “Her successes as an African-American woman composer are paving the way for future generations. A lot of her music is connected to her own heritage, and the message of this piece, like many of her works, is very powerful.”

Coleman wrote: “‘Fanmi Imèn’ is Haitian Creole for Maya Angelou’s famous work, ‘Human Family.’ Both the musical and literary poems acknowledge differences within mankind, either due to ethnicity, background or geography, but Angelou’s poetic refrain: ‘we are more alike, my friends, than we are unlike,’ reaffirms our humanity as a reminder of unity.”

Hansen graduated from SFA with a Master of Music degree in composition last year. His “52 Blue” is a piece with which Guenther and Petti were involved early on, reading through the piece for Hansen as he was finalizing it, and subsequently presenting it (virtually) at the Houston Flute Club this past March. “For me, it is always special to work directly with composers,” Guenther said, “and it has always been important to me to promote living and up-and-coming composers.”

Guenther describes Hagen as “one of the United States’ greatest living composers.” Active in his craft, his works are performed all over the world. “We had the honor of hosting him as a guest artist at SFA in the spring of 2020 when Ron was presenting his annual concert with the voice faculty that this time featured songs of Daron Hagen.” She added that when Hagen was told his Sonata No. 2 for Flute and Piano would be on the program, he said, “It’s really hard.”

“Challenge accepted! It is such a fun piece to play, and we think it is an excellent closer to a beautiful, diverse and powerful program,” Guenther said.