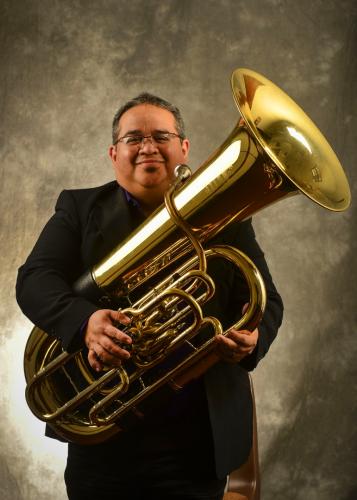 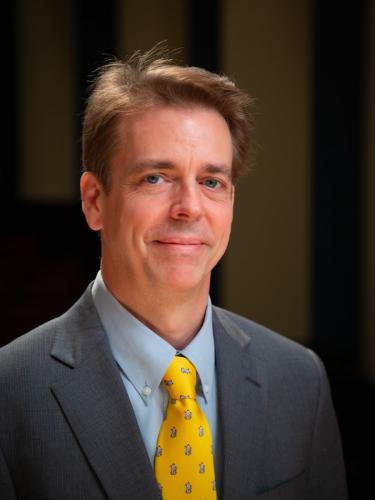 “I chose the title ‘Reflections’ because almost every piece on the program is depicting a scene or character,” Salas said. The recital is presented in collaboration with Dr. James Pitts, piano.

“Reflections” is part of the SFA School of Music’s annual Octubafest. Throughout the country, tuba-euphonium studios at many universities perform concerts to celebrate the tuba and euphonium as a solo and chamber music instrument. This is the 16th year for Octubafest at SFA.

Among the program works is “Un Dia En La Vida” composed by Jose Flores as part of a consortium commission during the COVID-19 pandemic. Flores composed the work for tuba and pre-recorded track to describe what daily life was like for his family during quarantine, Salas explained. The recorded track includes voices and sounds provided by Flores’ family, including whistling of uncles and the family pets walking around.

“Salve Venere, Salve Marte” by John Stevens is an unaccompanied work for tuba describing a conversation between Mars, the God of War, and Venus, the Goddess of Love. “The challenge for the soloist,” according to Salas, “is to quickly adjust when changing characters from one to the other.”

Michael Daugherty’s “Reflections on The Mississippi” was written in memory of the composer’s father and recalls their many trips together on the Mississippi River. The four-movement work illustrates different aspects of life along the Mississippi: “Mist” for the morning fog; “Fury” for the rolling rapids; “Prayer” for the calmest parts of the river; and “Steamboat” for the industrial history of the mighty Mississippi.