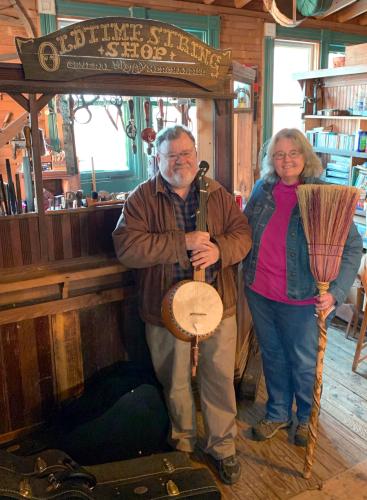 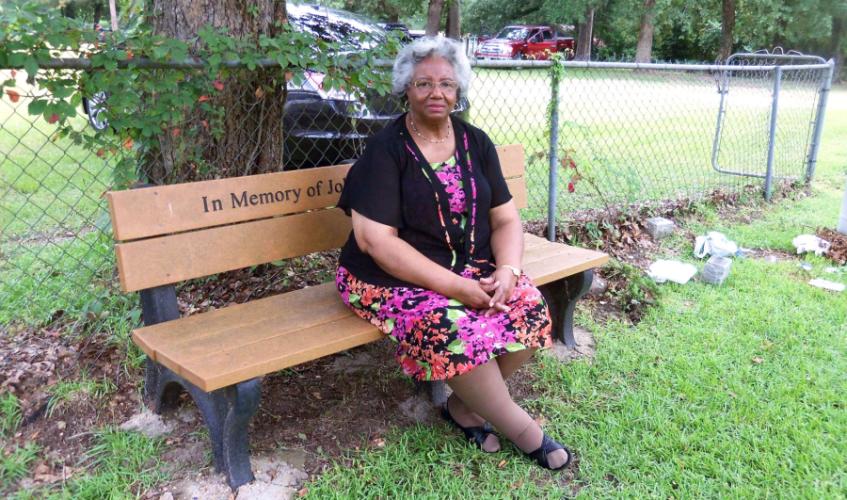 Local musicians and artists Sheryl and Steve Hartz were recognized by the Stone Fort Museum for significant contributions to the preservation of East Texas’ musical traditions and the rural mercantile experience.

Since 1978, the couple has managed their general store, instrument repair shop and local gathering place for musicians in downtown Nacogdoches. The General Mercantile and Old Time String Shop — with its iconic Coca-Cola mural on the eastern outside wall — celebrates rural traditions and offers residents and visitors to Nacogdoches an opportunity to experience a vanishing business model.

“Steve and Sheryl Hartz have provided a visual anchor for the brick streets of Nacogdoches since Steve opened the Old Time String Shop, now the General Mercantile and Old Time String Shop,” said Charlie Jones, former SFA art professor and the couple’s longtime friend. “The shop has provided a gathering place for a Saturday afternoon ritual of acoustic music and stories. Folks from many walks of life, from a local Baptist preacher to a university dean to a mill worker, come together to share old-time country and bluegrass tunes.”

Steve has authored two books, “By the Muddy Angelina” and “Settlers of the Western Woods,” narrating the musical history of East Texas with essays and recordings. In 1998, he produced “Crooked Steep and Rocky,” an album of original bluegrass songs. Steve manufactures traditional flutes and banjos, and his research has led to reenactments of medicine shows.

Sheryl, an avid broom maker, learned the art as an apprentice to master craftsman Shawn Hoefer of the Ozark Folk Center State Park in Mountain View, Arkansas. Using a foot-activated broom machine called a kickwinder, Sheryl uses techniques popularized in the 1800s in her craft.

Hall was “one of the ‘quiet leaders’ of the Nacogdoches community,” according to Jeri Mills, author of “African Americans in Nacogdoches County.”

“Mable often was the person who worked behind the scenes, making calls, doing research, gathering information and the data needed for a specific project,” Mills said. “If it meant driving to a nearby community, library or courthouse for needed resources, then Mable would make the journey.”

Hall was born in Chireno and graduated from Chireno Colored High School. She later graduated from SFA and worked for 28 years as a social worker. In 1989, she married the Rev. Earl Hall and served as first lady of Bethlehem Missionary Church for 19 years.

Hall returned to SFA’s School of Social Work for nine years after her retirement and spearheaded the project to restore Sand Hill Cemetery with the assistance of SFA’s 2009 Preserve America grant.

Hall died in January 2021. Throughout her career, she worked with multiple boards, committees, families and friends to preserve local history throughout the area. At the time of her death, she served on the Nacogdoches County Historical Commission.