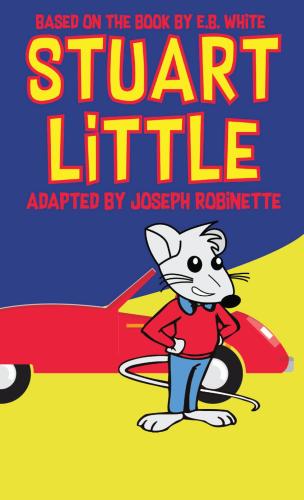 
NACOGDOCHES, Texas – The school year is over, and after a year of pandemic restrictions and limitations, East Texas residents are eagerly making plans for summer vacations and entertainment opportunities for their families.

Among those plans should be visiting the Stephen F. Austin State University campus to enjoy the annual SummerStage Festival presented by the SFA School of Theatre. This year’s festival runs June 22 through July 9 and feature two plays: “Men On Boats” and "Stuart Little.” The plays can be seen in person in Kennedy Auditorium on the SFA campus or virtually online.

Cleo House Jr., director of the School of Theatre, said he is eager to return to another summer of fun-filled performances presented by the talented SFA theatre students.

“With its laid-back approach, SummerStage is designed to provide less formal, fun and easy-going live theatre experiences for East Texas audiences,” according to House. “SummerStage is not only an excellent opportunity to beat the summer heat, but it’s also a destination for the families of East Texas to have some fun and laughs together. Even our show times are more flexible during the summer to accommodate families from all walks of life.”

Directed by Jackie Rosenfeld, senior lecturer in the School of Theatre, “Men On Boats” by Jaclyn Backhaus follows the history of the one-armed Captain John Wesley Powell and his crew of nine crazy but loyal volunteers as they journey the course of the Colorado River and become the first “white men” to explore the Grand Canyon. In this hilarious and true(ish) 21st century mash-up of the original voyage, 10 actors, none of whom are cisgendered male, embody these explorers as they suffer loss of boat and supplies, brave dangerous rapids, name mountains after themselves, and get on each other’s nerves.

Rosenfeld said she selected the play for this year’s SummerStage Festival because ‘Men On Boats” gives an age-old history lesson a totally different frame of reference. She also describes it as “a play intended for lovers of history, nature and adventure.”

“As Jaclyn Backhaus wrote ‘Men on Boats’ about the first expedition of the Grand Canyon, her cast of characters were originally intended to be played by men,” Rosenfeld said. “Yet, she found herself wishing she could play these kinds of characters who seek adventure and exploration. She recognized characters like these were almost never written for anyone but men to play. So, she wrote the characters to be played by adventurers who were not born as men.

“I chose this play for SummerStage because I believe Backhaus gives this historical narrative an entirely new and exciting perspective,” she said, “and because, I, too, want to spend the summer with these explorers!”

Audience members can expect to see “a satirical retelling of the first U.S. government-sanctioned exploration of the Grand Canyon,” Rosenfeld explained, “complete with moments of gut-busting humor and times of tremendous fear and despair. It is heroic and rugged, reflecting on the truths of bravery, teamwork and colonialism.”

Presented for children and families, “Stuart Little” is based on the popular book by E.B. White and adapted by Joseph Robinette about the endearing mouse named Stuart Little who is born into an ordinary New York family. All the charm, wisdom and joy of White’s original story are captured in this adaptation by Robinette, who also dramatized the highly acclaimed stage version of  “Charlotte's Web.” The many adventures – both big and small – of Stuart Little are brought vividly to life in this story theatre presentation. The acting ensemble plays many human and animal roles in a series of delightful scenes that make up the marvelous maneuverings of a mild-mannered mouse trying to survive in a "real people's world."

Kristen Blossom, adjunct instructor of acting at SFA, directs the play, which she describes as the perfect summer entertainment for families.

“I chose ‘Stuart Little’ because it's nostalgic for older kids and new for younger kids,” she said. “I knew the actors here at SFA would have so much fun voicing all the different characters. The cast is loaded with talent, and it's sure to make everyone laugh.”

Blossom said there are important lessons to be learned from Stuart, “mainly that our differences don't matter, and we can still love each other.”

“As a small mouse in New York City, the odds are against Stuart, but he meets many helpful people and animals along the way that renew his hope,” she said. “We've all been through a lot this year, and we could use a reminder about how to build each other up and give a helping hand.” Blossom said the script is full of jokes for both kids and adults, and it will be performed in the style of a radio play with live sound effects and folly created by the actors on stage.

“It will be fun to watch and listen – a unique experience for the whole family to enjoy.”

Pay-what-you-can performances for both shows are on July 1.

All performances are in Kennedy Auditorium, 1906 Alumni Drive.