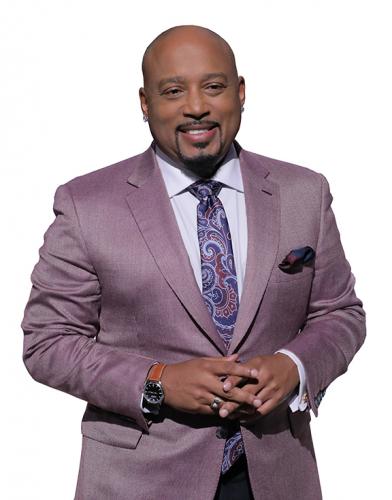 
NACOGDOCHES, Texas — Daymond John is an award-winning entrepreneur who founded FUBU, a streetwear fashion brand that to this day has garnered more than $6 billion in product sales worldwide. But as big as FUBU is now, it all started out with a detail as small as a stitch. His mother taught him how to sew, a skill that powered John's rise from an ambitious everyman in New York City to a global entrepreneur who sees opportunities at every turn.

John's accomplishments rest on a basic and unyielding belief in himself, a belief shared by others. His mother agreed to take out a $100,000 mortgage on her house and move her son's business into the basement where he started out with jerseys, T-shirts, sweatshirts and hats. Three longtime friends joined the venture as partners, and hip-hop icon LL Cool J, who knew John from the borough of Queens where they both grew up, agreed to wear a FUBU shirt during a promotional campaign.

John's clothing brand — and subsequently his marketing firm, The Shark Group — and his television career with "Shark Tank" have all launched into the stratosphere.

He will serve as the guest speaker in the third installment of the Rusche College of Business Nelson Rusche Distinguished Lecture Series scheduled for 7:30 p.m. Oct. 28 in the Kennedy Auditorium at Stephen F. Austin State University. A private reception will be held prior to the lecture at 6 p.m.

The lecture series was created in 2016 to honor A. Nelson Rusche, who endowed the college with a $5 million gift to provide scholarships to students majoring in business and to support other programs. Previous speakers include skateboarding champ Tony Hawk in 2019 and former Florida governor and presidential candidate Jeb Bush in 2016. The event was cancelled in 2020 due to COVID-19.

"The Nelson Rusche Distinguished Lecture Series was established to bring outstanding business leaders to campus for the benefit of our students," said Dr. Tim Bisping, dean of the college of business. "Daymond John and his accomplishments serve as exceptional examples for our students, and I am excited to hear the message that he will have for all of us.

"Entrepreneurship is vital to the health of our economy, which makes it crucially important for everyone. As we work to grow our entrepreneurship initiatives in the Rusche College of Business, having someone of Daymond's caliber on campus is an incredible opportunity."

John is celebrating his 12th season as an original cast member on ABC's Emmy Award-winning business reality show "Shark Tank." John is also an author of five bestselling books, including New York Times bestsellers "The Power of Broke" and "Rise and Grind," and recently released the Audible Original, "Founding FUBU."

John has received more than 35 awards, including the Brand Week Marketer of the Year, Advertising Age Marketing 1000 Award for Outstanding Ad Campaign, and Ernst & Young's New York Entrepreneur of the Year Award. He was most recently named No. 2 on LinkedIn's Top 20 Voices.

The Nelson Rusche Distinguished Lecture Series is free and open to the public. To purchase tickets for the 6 p.m. private reception, contact SFA's Office of Development at 936.468.5406, or email Sarah Sargent, director of advancement services, at sargentsl@sfasu.edu. Tickets cost $150.

Tickets for the main event at 7:30 p.m. will be available for pickup starting Sept. 15 at the Charles Bright Visitor Center downtown or at the Baker Patillo Student Center information desk