Agreement renewed for seamless transfer from LSCO to SFA 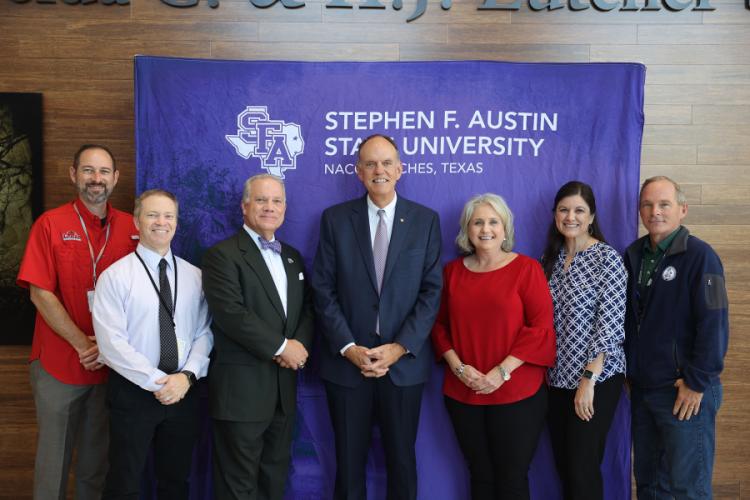 “The partnership SFA has with Lamar State College Orange has been a real win-win for both institutions,” Westbrook said. “The ease with which LSCO students can transfer to become Lumberjacks at SFA has created a great way for students in the Orange area to earn their four-year degree faster and at a lower cost. That is why this relationship is so important.”

“Our partnership to transfer credits seamlessly with SFA is one that benefits the entire Southeast Texas community,” Johnson said. “We thank Dr. Steve Westbrook for his vision and teamwork on this issue, which allows us to transform lives and create a bright, orange — and purple! — future for our local students.”

Read more about the Articulation Agreement first signed between the two schools in 2019.